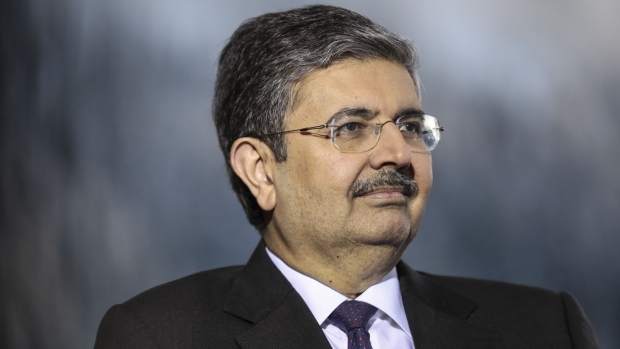 Uday Kotak, billionaire and chairman of Kotak Mahindra Bank Ltd., looks on during a Bloomberg Television interview on the opening day of the World Economic Forum (WEF) in Davos, Switzerland, on Tuesday, Jan. 23, 2018. World leaders, influential executives, bankers and policy makers attend the 48th annual meeting of the World Economic Forum in Davos from Jan. 23 - 26. , Bloomberg

(Bloomberg) -- Many analysts are predicting that the cash crunch at China Evergrande Group is unlikely to become China’s version of the 2008 Lehman Brothers crash. The world’s richest banker begs to differ.

Kotak also likened the crisis at Evergrande to the collapse of India’s Infrastructure Leasing & Financial Services Ltd. The Indian government chose him to oversee the restructuring of the distressed shadow lender three years ago after it defaulted on debt repayments.