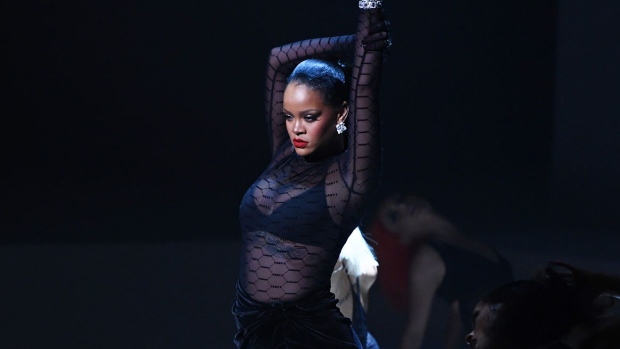 “Retail is an important part of our growth strategy. You’ll absolutely see some stores in 2022,” said Christiane Pendarvis, the co-president and chief merchandising and design officer at Savage X Fenty, which is Rihanna’s lingerie company, during  an interview on Bloomberg’s Black in Focus Twitter series. “Because fit and comfort are so important, there are just customers who don’t feel comfortable purchasing online.”

Savage X Fenty’s new locations “will be our own physical stores,” Pendarvis said, as opposed to the store-within-a-store formats that have gained popularity. “Initially they all will be in the U.S., but we’re absolutely having conversations around what does that expansion potentially look like in the EU [European Union],” Pendarvis said. She declined to give additional details.

Rihanna’s business holdings include Savage X Fenty and Fenty Beauty, which made waves in the industry when the makeup company was launched in 2017, and Fenty Skin. All aim to provide products to customers who are often overlooked by traditional brands. Fenty Beauty, for example, boasts 40-plus foundation shades — a much wider palette than the norm — while Savage X features sizes from XS to 4XL.

Athletes, musicians and celebrities are increasingly stepping into the business world to launch food, beverages and consumer products that are unrelated to their primary careers, such as tennis champion Serena Williams’s Happy Viking shakes and nutrition powders. On the question of whether Rihanna is considering an expansion of her business portfolio, Pendarvis said she doesn’t have any inside information, but wouldn’t rule it out.

“Seeing the imprint that she’s had, and the businesses and categories that she’s chosen to build brands in, it indicates there’s opportunity to take what she’s created  and her approach  probably more broadly across other categories,” Pendarvis said.