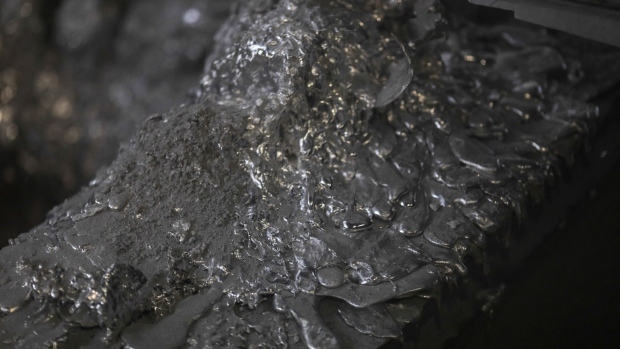 Rusal’s supply of alumina, the main ingredient to make aluminum, has been thrown into turmoil since Russia’s invasion of Ukraine, raising questions about whether it can sustain production levels at a time when global supplies are already under pressure.

Last month, Australian Prime Minister Scott Morrison announced the immediate ban on the export of alumina to Russia. After the announcement, Rusal had been unable to access its share of production from Queensland Alumina Ltd., in which it owns 20%, Bloomberg reported last month.

The move by Rio, which owns the other 80%, formalizes Rusal’s exclusion from the plant’s management and production while the Australian sanctions are in place. Previously, it hadn’t been clear whether Rusal would be able to swap its alumina with supplies from another country.

“As a result of the Australian government’s sanction measures, Rio Tinto has taken on 100% of the capacity and governance of Queensland Alumina Ltd. until further notice,” Rio said in an emailed statement.

Rio was asked by the QAL management to step in and take full control of the asset after it received legal advice suggesting that the operating structure could not comply with Australia’s sanctions, according to a person familiar with the matter.

Control will revert to the previous joint-venture operating structure when sanctions are lifted, the person said.

While Russian aluminum has not specifically been targeted by sanctions, the uncertainty from the war and Rusal’s growing supply-chain problems helped drive prices to a record above $4,000 a ton last month. Rusal’s alumina supplies from its key Ukrainian refinery have already been “severely curtailed” because of the war, and the company has been looking for alternative supply sources.

Metals World Agonizes Over War But Keeps Buying From Russia

Rio had previously said it would comply with all of Canberra’s directions and had reiterated that it was in the process of terminating its commercial relationships with Russian businesses. Rio has already moved to end deals with Rusal’s Aughinish alumina plant in Ireland, but the equity ownership of QAL made this more difficult to achieve in Australia.

“Our focus remains on ensuring the continued safe operation of QAL, as a significant employer and contributor to the local Gladstone and Queensland economies,” Rio said in its statement.