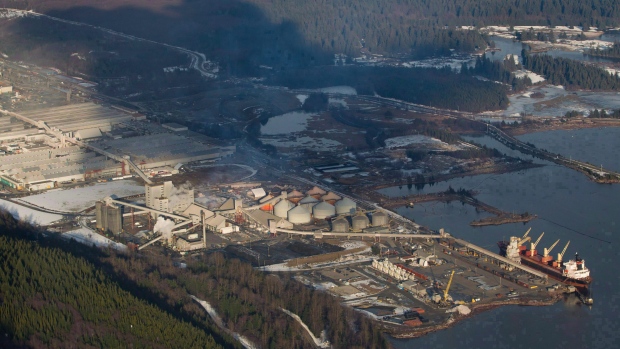 KITIMAT, B.C. -- Rio Tinto (RIO.N) and its unionized workers at the company's aluminum smelter in Kitimat, B.C., say they have reached a tentative contract to narrowly avert a strike.

The two sides say the pact was reached overnight, just as the previous five-year agreement expired.

Details won't be released until members of Unifor Local 2301 hold ratification votes later this week, but the union's bargaining committee is recommending acceptance.

Nine hundred workers at the huge smelter, about 650 kilometres northwest of Vancouver, voted overwhelmingly in favour of job action earlier this month.

At the time, the union called on Rio Tinto to remove concession demands and deal with key issues including wages, pension, benefits and contract language.

Rio Tinto general manager Gareth Manderson says the proposed agreement is fair, equitable and will help ensure that employees, the company and the community all benefit from a competitive, sustainable business in northern B.C.