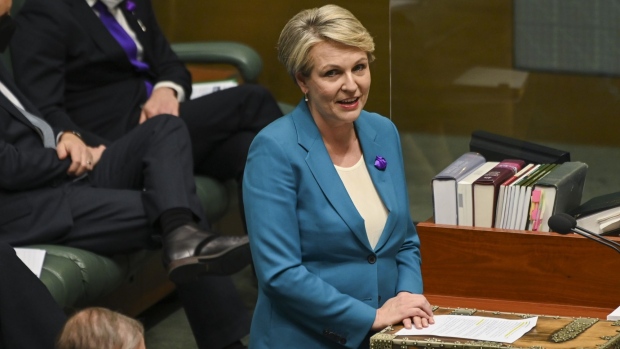 (Bloomberg) -- Australia is moving to strengthen protections for historic sites of its Indigenous peoples in the wake of Rio Tinto Group’s destruction of caves occupied as long as 46,000 years ago, which a senior lawmaker described on Thursday as “legal desecration.”

Environment Minister Tanya Plibersek told Parliament the government would accept at least seven of the eight recommendations made from a government probe into Rio Tinto’s 2020 move to blow up the Juukan Gorge site in Western Australia for mining exploration.

They include creating a national legislative and policy framework in partnership with Indigenous peoples, and holding consultations with the First Nations Heritage Protection Alliance around a new system of protections for Indigenous sites.

The proposed reforms come after a site described by archaeologists as among the most significant of their type in the country and used by Aboriginal Australians for cooking and shelter was irreparably damaged by Rio Tinto. That triggered a backlash against the London-based mining company from traditional landowners and investors that ultimately cost former Chief Executive Officer Jean-Sebastien Jacques his job.

“It is unthinkable that we would ever knowingly destroy Stonehenge, or the Egyptian pyramids, or the Lascaux Caves in France,” Plibersek said. “When the Bamiyan Buddhas were destroyed in Afghanistan, the world was rightly outraged. But that’s precisely what occurred at the Juukan Gorge.”

Read more: A Miner Blew Up Ancient Human History. An Industry May Pay

Plibersek said the site had been described by local Indigenous Australians as “an anchor of our culture.” She stressed that “no laws were broken here” by Rio Tinto, which underlined the need to instigate reforms.

“There were partnership agreements signed under gross inequalities of power, and that were only ever really understood by one party,” Plibersek said. She also blamed the destruction on poor communication, weak state laws and federal legislation “that was confusing, difficult to access, and ultimately ineffective.”

The minister didn’t put a time line on legislating the new laws. In a statement on Thursday, the First Nations Heritage Protection Alliance co-chair Kado Muir said the government’s response would reflect a “true partnership between First Nations and the Federal Government.”

“We look forward to a new way of looking after our spiritual and cultural values, in a way that empowers and uplifts a shared enjoyment of this unique fabric of our collective identity as Australians,” he said.

(Updates with reaction from stakeholders)