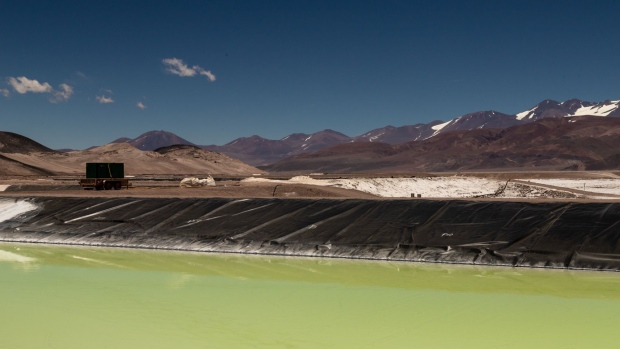 (Bloomberg) -- Planned lithium production will fail to meet growth in demand for lithium ion batteries that are needed to meet global climate goals, according to Rio Tinto Plc’s minerals chief.

Lithium consumption needed “to surge way above anything that’s planned to be mined,” Sinead Kaufman told a conference in Perth on Wednesday. The metal is a vital ingredient in the batteries that power zero-carbon electric vehicles.

Rio was investing more capital in developing lithium and other battery metals, and was turning to waste from defunct mines to recover the minerals, Kaufman said. The world’s second-biggest miner also wanted to grow its copper business beyond planned projects in Mongolia and the US, she added.

“We’ve got to decarbonize our own business, because producing material for the green transition can’t be done the way it was done previously,” she said.