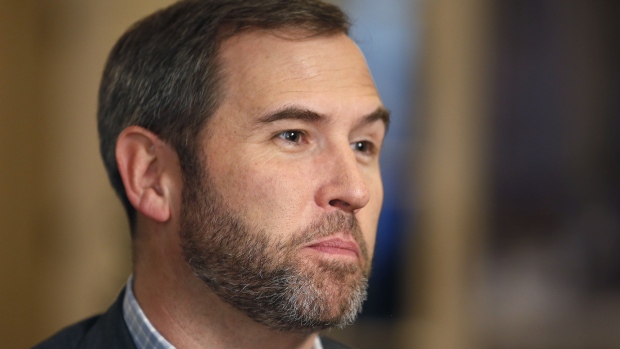 The Swift, an acronym for the Society for Worldwide Interbank Financial Telecommunication, and IBAN (International Bank Account Number) systems have long been used by banks, individuals and businesses to send and receive money. Ripple was in the headlines in September when XRP, its cryptocurrency commonly referred to as Ripple, rallied briefly before declining again.

Blockchain technology can eliminate the need for a central standardized system, because it works as a public ledger, enabling the digital transfer of money without the need to route it through accounts at banks and financial institutions. While Ripple, Bitcoin and other cryptocurrencies have gained in popularity, they have yet to unseat the standards embraced by the financial industry for wire transfers.

“The technologies that banks use today that Swift developed decades ago really hasn’t evolved or kept up with the market,” Garlinghouse said in an interview with Bloomberg TV’s Haslinda Amin on the sidelines of an event in Singapore. “Swift said not that long ago they didn’t see blockchain as a solution to correspondent banking. We’ve got well over 100 of their customers saying they disagree.”

Ripple Labs has more than 100 banks and payment providers on its RippleNet network, including Japan’s Mitsubishi UFJ Financial Group Inc., Standard Chartered Plc and others, according to its website. Garlinghouse also said that speculation within the blockchain industry of a potential link-up between Ripple and Swift wasn’t true.

“What we’re doing and executing on a day-by-day basis is, in fact, taking over Swift,” he said.

--With assistance from Adrian Wong and Richard Lewis.

To contact the reporters on this story: Eric Lam in Hong Kong at elam87@bloomberg.net;Haslinda Amin in Singapore at hamin1@bloomberg.net

To contact the editors responsible for this story: Christopher Anstey at canstey@bloomberg.net, ;Marcus Wright at mwright115@bloomberg.net, Reed Stevenson, Russell Ward