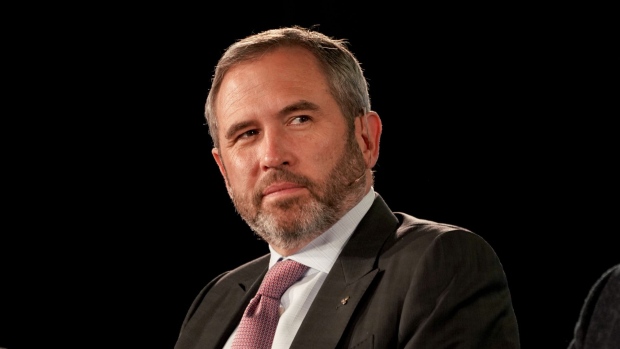 (Bloomberg) -- Ripple Labs Inc., which is locked in a bitter court battle with the U.S. Securities and Exchange Commission, has an unsurprising recommendation for Washington policy makers: limit the regulator’s role in policing cryptocurrencies.

“The SEC’s approach under the current administration has been hostile,” Stuart Alderoty, Ripple’s general counsel, said in an interview. The agency is “doubling down on regulation by enforcement,” rather than setting clear rules, he added.

On Tuesday, Ripple released a paper that calls on regulators, lawmakers and the industry to come up with a framework for overseeing the white-hot market. Ripple, whose XRP token was once the third-biggest cryptocurrency before the SEC sued the company for issuing an unregistered security, warned that a lack of U.S. guidelines was harming innovation and driving businesses overseas.

The Ripple plan is the latest attempt by industry executives to undermine the SEC, which many coin enthusiasts say has aggressively asserted oversight of crypto under Chair Gary Gensler without a clear legal mandate from Congress. Ripple calls for a bigger role for the Commodity Futures Trading Commission, which has historically taken a more friendly approach to the asset class.

Ripple also throws its support behind a proposal from SEC Republican Commissioner Hester Peirce to temporarily exempt crypto firms from securities rules as they build out projects.

The SEC’s lawsuit against Ripple, filed in December 2020 before Gensler took over the agency, is being closely watched because it strikes at some of the key jurisdictional fights that have dogged regulators. A ruling could also impact dozens of other digital coins.

Earlier this year, the SEC accused Ripple of trying to “harass” the agency by asking for huge amounts of unnecessary documents and witness interviews. For its part, the company has long said the agency’s legal theory is flawed and amounts to picking virtual-currency winners and losers.

The litigation makes Ripple “uniquely situated to lead this discussion” over how crypto should be regulated, Alderoty said. “This is not a case only about Ripple. We are fighting on behalf of the industry.”