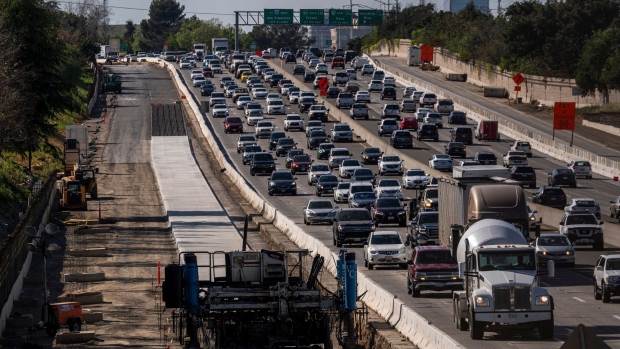 (Bloomberg) -- Traffic fatalities surged last year to the highest level since 2005 as drivers increasingly returned to the roads following a dip during the early days of the pandemic.

Almost 43,000 people died in car crashes in 2021, a 10.5% jump from the prior year, according to a statement Tuesday from the National Highway Traffic Safety Administration. That initial estimate represented the largest-ever one-year increase.

“We face a crisis on America’s roadways,” US Transportation Secretary Pete Buttigieg said in the statement.

Safety advocates said the data suggest risky driving patterns and behaviors that emerged in 2020 are persisting as residents return to the road. Driving fell earlier in the pandemic but accidents remained high.

“Reckless driving, including speeding, impairment and lack of seat belt use, has been a major factor behind fatality increases that began during the early months of the Covid-19 pandemic,” Cathy Chase, president of Advocates for Highway and Auto Safety, said in a statement. “Advocates had strong concerns that these behaviors would continue as traffic volumes increased from peak pandemic lows. These fears appear to be coming to fruition.”