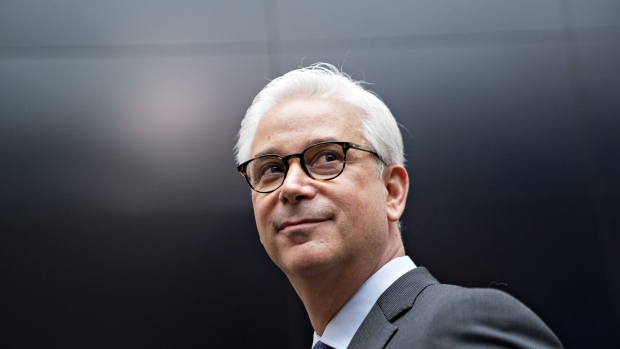 (Bloomberg) -- As Charlie Scharf marks his second anniversary atop Wells Fargo & Co. this week, he has a stock gain to tout -- just barely.

The lender, beset with scandals when Scharf took over as chief executive officer in 2019, was up almost 0.4% during his tenure by Wednesday’s close of trading -- something of an achievement after it tumbled particularly hard in the early weeks of the pandemic. The shares staged a 66% rally this year to get Scharf back into positive territory.

While most analysts recommend buying Wells Fargo’s stock, they aren’t predicting Scharf’s third year, which starts Thursday, will be as remarkable. The average 12-month price target of 24 analysts surveyed by Bloomberg is $51.96 -- about 4% higher than at Wednesday’s close of trading.

Scharf has made some progress but told analysts last week that there’s still much work left to turn around the firm. Earlier this year, Federal Reserve officials privately approved his team’s plan to resolve issues that had prompted the regulator to impose a cap on the bank’s assets. The Office of the Comptroller of the Currency lifted a consent order this year, but separately put another one in place. And the firm’s profits have surpassed analysts’ estimates for four straight quarters after a run of disappointments.

“We are a different bank today than we were several years ago,” Scharf told analysts on a conference call last week. “We run the company with greater oversight, transparency and operational discipline.”