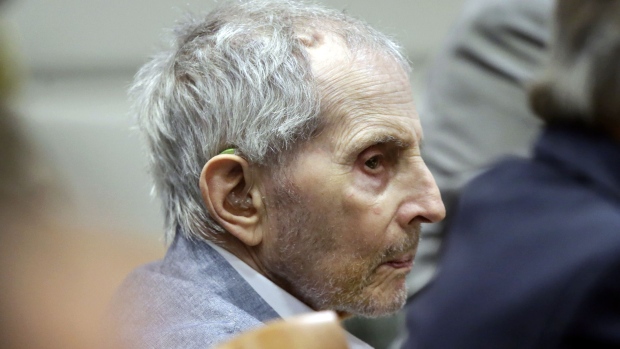 California Superior Court Judge Mark Windham on Friday extended the adjournment of the trial at the request of the prosecution and Durst’s lawyers, according to a statement from the court. Durst wasn’t present at the hearing.

The trial, which is expected to take as long as five months, was halted in March less than two weeks after it got underway at the early stages of the Covid-19 outbreak in Los Angeles County.

Durst, 77, is on trial for the murder of his longtime friend and confidante Susan Berman in her Beverly Hills home in 2000. The reclusive millionaire had conceded through his lawyers that he walked into the house, found her dead and “panicked.” He sent a note to Beverly Hills police that there was a “cadaver” at Berman’s address and ran because he feared he would be a suspect, according to his attorneys.