Robinhood Markets Inc. wanted to make history with its initial public offering, and now it has -- for the wrong reason.

Shares in the broker behind the meme-stock revolution fell 8.4 per cent below the IPO price in the company’s first trading session. That’s the worst debut on record among 51 U.S. firms that raised as much cash as Robinhood or more, according to data compiled by Bloomberg.

It dethroned the 2007 IPO by another brokerage, MF Global Holdings Ltd., as the worst debut among qualifying firms. MF Global ended its first day down 8.2 per cent. 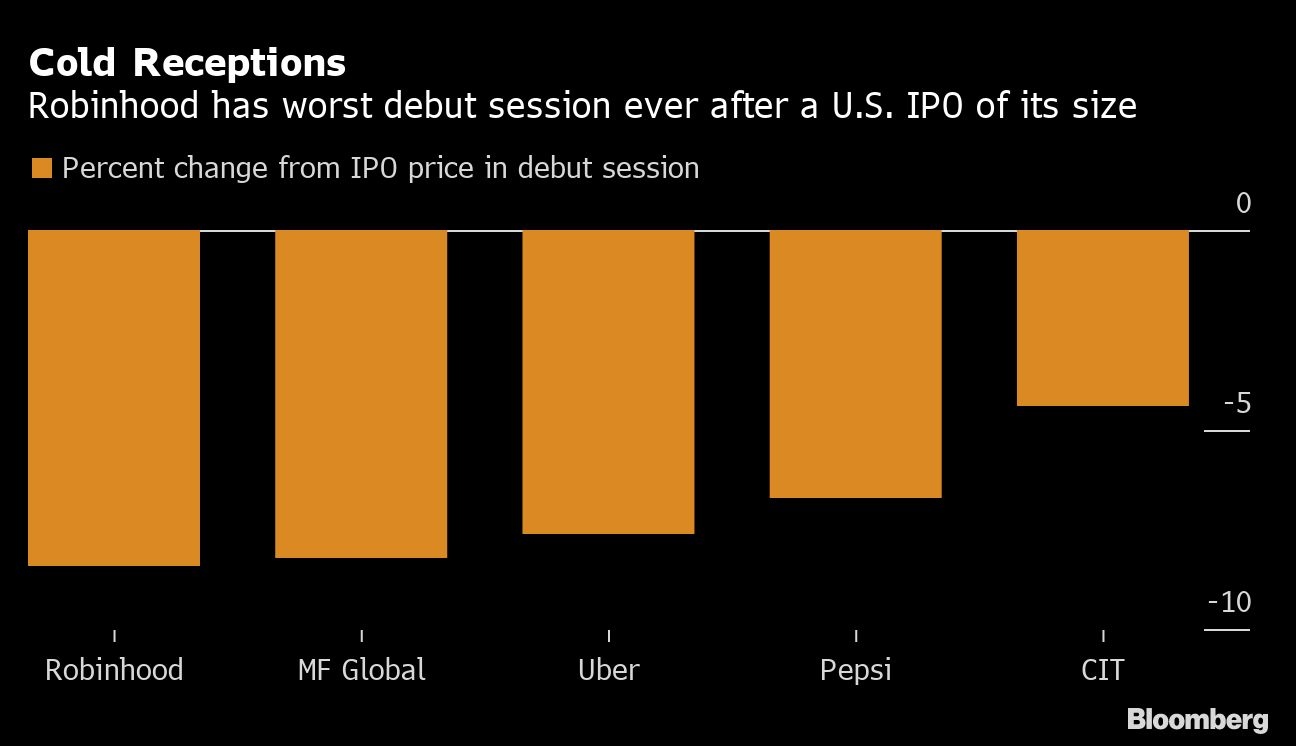 Robinhood opened at the US$38 initial public offering price. For an IPO of Robinhood’s size and larger, that’s the weakest opening trade since Uber Technologies Inc. in May of 2019 among U.S. firms. Uber finished its debut session down 7.6 per cent.