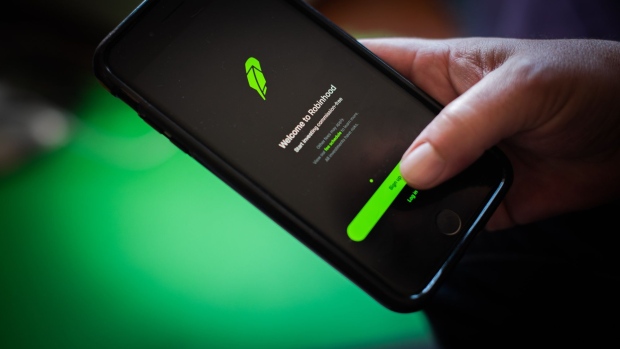 Robinhood Markets Inc. must face market manipulation claims from retail investors over its January 2021 decision to halt purchases of GameStop Corp. shares and other meme stocks during a social media-fueled trading frenzy.

A Miami federal judge dismissed some allegations against the platform, but is allowing others in a proposed investor class-action lawsuit to move forward.

US District Judge Cecilia Altonaga said in her ruling published Thursday that the case raises “interesting legal questions, convoluted by the novelty of Robinhood’s platform, but at the end of the day, plaintiffs’ market manipulation claims clear the particularized threshold.”

A Robinhood official said the company stands by its actions and emphasized that the ruling is preliminary and doesn’t address the merits of the litigation.

“As we’ve previously communicated, the events of the week of January 25, 2021, were an extraordinary, once in a generation event that stressed every stakeholder in the market,” said Cheryl Crumpton, Associate General Counsel of Litigation and Regulatory Enforcement at Robinhood.

The judge threw out claims that Robinhood misled investors into thinking that it didn’t have liquidity issues. The investors didn’t show that Robinhood’s alleged omissions and misstatements were meant to push them into selling their shares, Altonaga wrote.

Robinhood’s response during a wild trading session last year, when meme stocks including GameStop soared, is at the heart of the case. The frenzy led to retail traders stampeding onto Robinhood’s commission-free investing app to buy shares.

At the height of the mania, a market-wide risk managing body demanded Robinhood make a deposit of US$3.7 billion, which it couldn’t afford -- leading Robinhood to curb traders’ ability to buy GameStop and a handful of other companies, which subsequently fell in price.

The investors’ initial complaint alleged that Citadel Securities amassed a substantial short position in GameStop and other stocks that exploded in value, and that the market-maker pressured Robinhood to stop customers from purchasing those shares, which the online brokerage did on Jan. 28.

Altonaga in November granted a request by Robinhood and Citadel to dismiss claims that they colluded together during the meme-stock hysteria. But the judge gave investors a chance to file a revised complaint.

The judge is presiding over sprawling litigation that includes antitrust and fraud claims against Robinhood. The online brokerage won a ruling in May dismissing antitrust claims, while negligence and fiduciary duty claims were tossed in January, according to Bloomberg Intelligence analyst Elliott Stein.

Robinhood appears poised to defeat investor suits, Stein wrote in a note last month. “Customers’ most-recent bolstered complaints were still deficient in many ways, we believe, and appeals are unlikely to succeed,” he said.

The ruling was reported earlier by Reuters.

The case is In re: January 2021 Short Squeeze Trading Litigation, 21-2989, US District Court, Southern District of Florida (Miami).