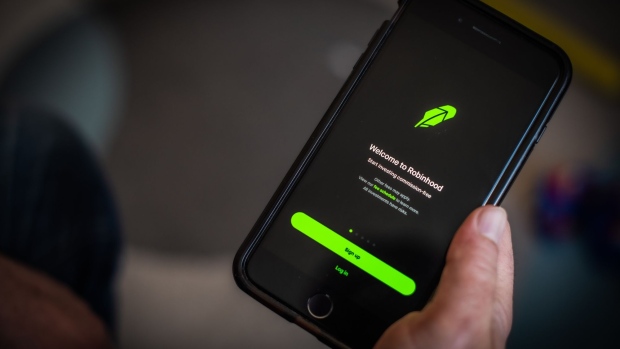 One year after Robinhood Markets Inc. found itself at the center of the meme-stock tempest, the retail brokerage now finds itself with another set of challenges that could prove even more difficult to overcome.

On Thursday, the Silicon Valley upstart reported fourth-quarter revenue and losses that were worse than analysts’ estimates, and its stock, already down 69 per cent since its July initial public offering, plunged again in late trading, as the company’s projections for the current quarter fell well short of Wall Street expectations.

The Menlo Park, California-based brokerage, which ended the regular session with a market value just north of US$10 billion, tumbled anew in extended trading, falling 14 per cent to US$10.15 at 5:55 p.m. in New York.

The hits came from all directions: net loss was steeper than anticipated, monthly active users dropped about 8 per cent from the previous quarter and average revenue per user tanked. Robinhood also said it expects operating expenses, which soared in 2021, to rise 15 per cent to 20 per cent this year, excluding compensation costs.

It’s a bleak outlook for a company that, buoyed by the pandemic-era’s retail trading frenzy, saw its then-billionaire co-founders grow richer as the stock soared in the days after the IPO. For Chief Executive Officer Vlad Tenev, 34, the question now is how to ensure his company doesn’t become a quirky footnote in the annals of American finance.

“These are surprisingly tough numbers given what we’ve seen with overall market trends,” said Julie Chariell, an analyst at Bloomberg Intelligence. “It highlights even more the need to roll out new products.”

Executives teased some potential new additions to its offerings. In a conference call with reporters, Chief Financial Officer Jason Warnick said the company will add tax-advantaged retirement accounts, likely by midyear. Tenev said he hopes to launch fully-paid lending in the first half of the year as well.

Robinhood’s net revenue totaled US$362.7 million for the three months through December, missing the US$370.9 million average estimate of analysts surveyed by Bloomberg. Revenue from equities trading dropped 35 per cent to US$52 million from the same period a year earlier, according to a statement.

Options and cryptocurrency trading slipped below third-quarter levels, though both were higher than they were in the final three months of 2020. Options transactions brought in about US$163 million in the fourth quarter, while cryptocurrencies generated about US$48 million.

“A lot of this growth opportunity is in our control,” Warnick said. “We don’t expect it to be linear.” 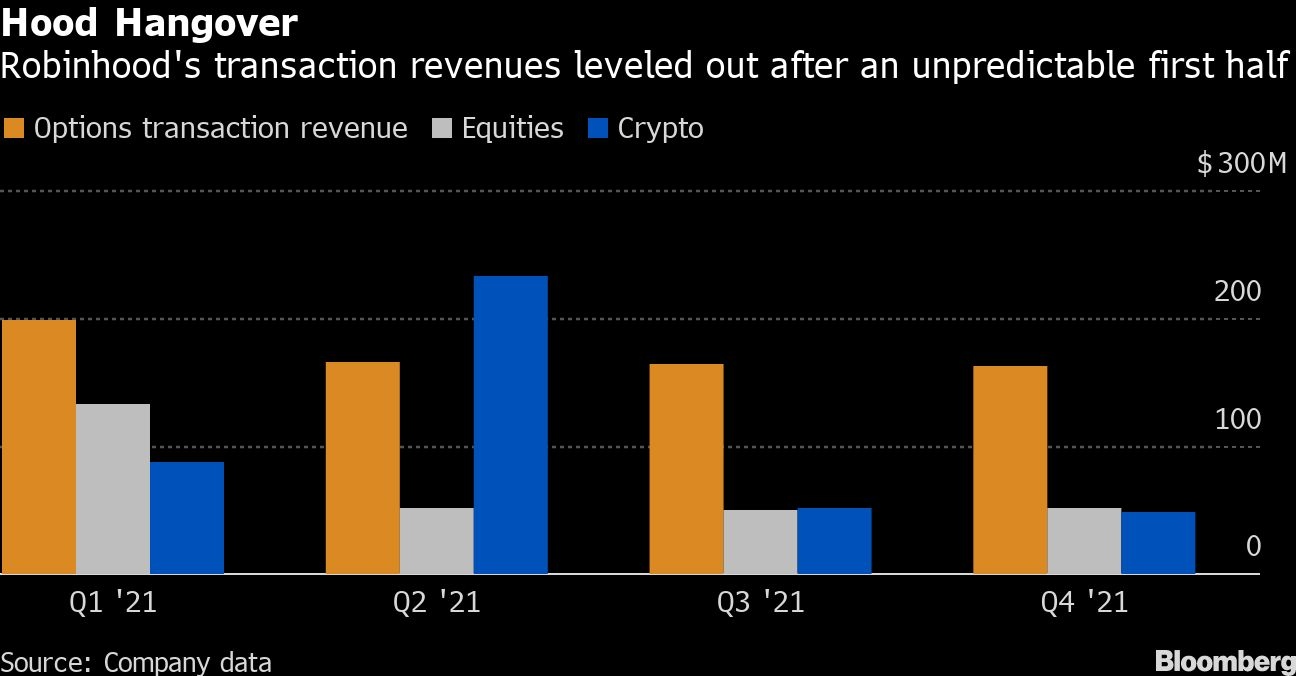 Higher expenses weighed on Robinhood’s results as it shored up customer-service operations and began offering phone support. The company reported a higher-than-expected adjusted loss of US$423.3 million, or 49 cents a share, 7 cents worse than the average estimate of analysts in the Bloomberg survey.

After a period of rapidly adding staff, the company is now positioned to slow hiring, Warnick said.