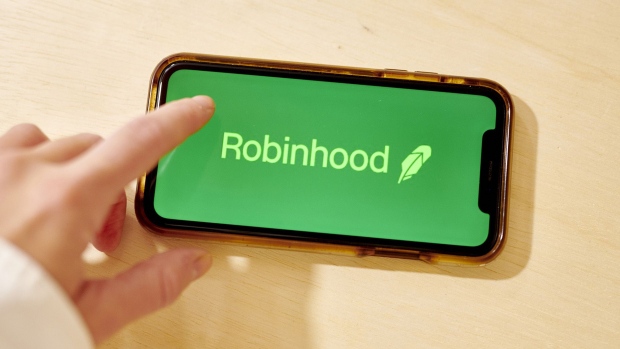 (Bloomberg) -- Investors who sued online brokerages over claims they were unfairly blocked from trading shares of high-flying stocks like GameStop Corp. may have a long wait before their cases are resolved.

So far, at least 18 federal lawsuits have been filed against Robinhood Markets in California, Connecticut, Florida, Illinois, New Jersey, Oregon, Pennsylvania and Texas, mostly alleging restrictions by the trading platform that amounted to a breach of contract, court records show. Some also seek damages on behalf of other aggrieved investors.

While such claims already must overcome the broad powers brokerages have to block or restrict transactions on their platforms, the path through the courts could take months or even years to resolve, with mandatory arbitration in some cases and delays for consolidation of similar lawsuits, legal experts said.

Those seeking class-action status “are much more likely to end up consolidated before some federal judge,” said Benjamin Edwards, a securities law professor at the University of Nevada Las Vegas’s Boyd School of Law. Once there, the Private Securities Litigation Reform Act “will then likely stop all discovery until after that motion to dismiss on the federal cases,” Edwards said.

The investors are likely to ask to consolidate the cases under the Judicial Panel on Multidistrict Litigation, said Elliott Stein, the chief litigation analyst at Bloomberg Intelligence. The panel was used to combine thousands of lawsuits linked to the opioid crisis, Roundup weedkiller, asbestos and other damage claims filed in different courts around the country.

Once that consolidation request is made, many of the lawsuits will be stayed, although injunctive relief will be decided before that, Stein said. A judge, once appointed to manage the combined cases, would vet all pretrial motions and allow evidence collection for any case that survives dismissal requests, Stein said. After that, any trial would be conducted in the court where it was filed, he said.

Still, some cases may not make the cut for consolidation or class status.

Edwards, the UNLV law professor, said many investors signed agreements when they opened brokerage accounts that require all claims to be arbitrated by the Wall Street-backed Financial Industry Regulatory Authority, “or go there as soon as Robinhood files a motion to compel arbitration.” Discovery, he said, will come under Finra rules.

“There are likely to be stragglers here because it sounds like the theories are quite disparate,” said Robert Frenchman of Mukasey Frenchman & Sklaroff LLP, who specializes in securities law. “It seems unlikely they will be wrapped up in a neat little bow,” said Frenchman, adding that he doubts these cases will be consolidated.