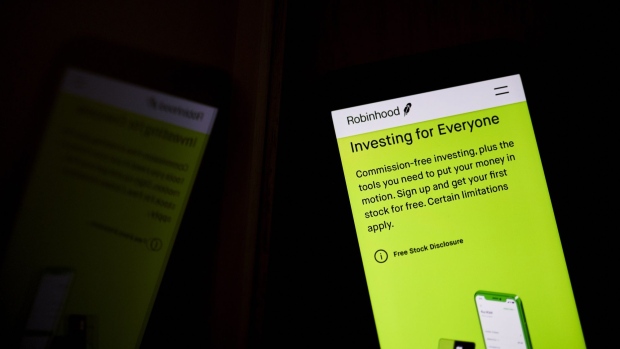 Robinhood Markets, the trading platform popular with novice investors, is considering selling some of its shares directly to its own users when it goes public this year, according to people familiar with the matter.

The Menlo Park, California-based company has weighed allocating a significant minority of the shares it will list to clients, said one of the people, who asked to not be identified because the details aren’t public. No final decision has been made on how much stock it might sell to its own customers, or if it will proceed with the plan, the people said.

The move would be striking, because retail investors usually don’t get to buy into new listings at the offering price. Instead, they typically have to invest on the first day of trading in a rush that can drive up the stock price. Unprecedented demand for new technology listings sent DoorDash Inc. and Airbnb Inc. soaring when they debuted last month, raising questions about whether the market has become overheated.

Allocating a big chunk of shares to its own users could mitigate the size of a big first-day trading rally in Robinhood’s shares.

Robinhood is aiming to go public as soon as this quarter, Bloomberg News reported in November, after trading volumes on its platform surged during the coronavirus pandemic. The company, which was valued at US$11.7 billion in a September funding round, has more than 13 million accounts on its platform, which offers equities and options trading.

Its rapid growth has come with controversy, including a hacking spree that compromised almost 2,000 accounts and flood of complaints to U.S. protection agencies depicting inexperienced investors losing money.