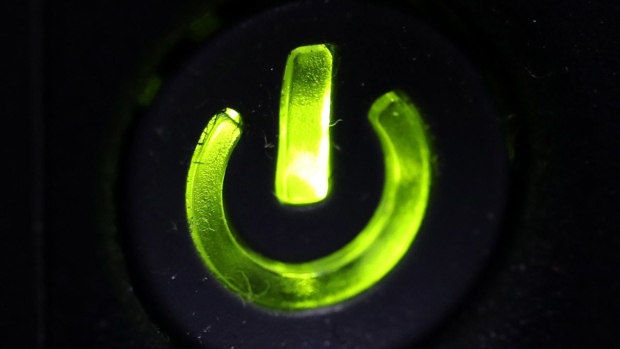 A green light signals the power switch on a computer server unit inside a communications room at an office in London, U.K., on Monday, May 15, 2017. Governments and companies around the world began to gain the upper hand against the first wave of an unrivaled global cyberattack, even as the assault was poised to continue claiming victims this week. Photographer: Chris Ratcliffe/Bloomberg , Photographer: Chris Ratcliffe/Bloomberg

An obscure corner of the hedge fund industry is making the most of Europe’s energy crisis.

A smattering of funds that use computer-driven algorithms to bet on niche or “exotic” markets such as Dutch and British natural gas or Spanish and German power demand have turned the surging energy costs sweeping the region into one of their biggest recent money makers.

Leading the pack is the $950 million Gresham Quant ACAR strategy, which made a record 38.5% gain this year through August, according to an investor update seen by Bloomberg. The $4.8 billion Systematica Alternative Markets Fund racked up 23% over a similar period, while Man Group Plc’s AHL Evolution Frontier surged 32% and is heading for its best year ever.

The record gains stand in stark contrast to the pressures on the region’s economies from surging energy prices driven by a global supply crunch for natural gas and shortfall in renewable power. Governments are rushing to limit the impact on consumers as the U.K. has already seen several bankruptcies among suppliers. All this means that traders are scrambling to factor in the risks of a harsh winter ahead.

“Everything has kind of combined to spark this perfect storm,” Scott Kerson, the head of systematic strategies at Gresham Investment Management who runs the ACAR strategy, said in an interview. “What has been driving prices higher is strong physical demand meeting highly constrained supply.”

Kerson’s hedge fund is among a subset of quantitative trend-following strategies that traditionally profit from persistent rises or falls in stocks or bonds and trade in vast and liquid markets such as U.S. treasuries and S&P 500 stocks futures.

As those markets become crowded and returns diminish, Gresham and a handful of its peers are now seeking gains and a little extra alpha by trading relatively less liquid markets from cheese and Turkish scrap steel to obscure chemicals or eggs and glass panels in China. Their bets on European energy markets have now come good.

Both Systematica and Gresham’s hedge funds made money from trades on power, coal, natural gas and carbon emissions, among other wagers.

Douglas Greenig, who runs Florin Court Capital in London, said the power sector has been an all-star performer for his quant hedge fund, up 14% this year. About half of the 20% profit at Aspect Capital’s Alternative Markets Programme this year have come from energy, with almost all gains concentrated in related European markets, according to Razvan Remsing, director of investment solutions at the London-based firm.

“We are seeing multi-year highs in markets such as Dutch and U.K. natural gas, European coal, Spanish and German base power,” said Anthony Lawler, head of GAM Systematic, whose Core Macro fund gained just over 12% in the first eight months of the year. “These large moves have driven profits for trend models which have been long across the energy complex.”

All four managers interviewed by Bloomberg said their strategies were now trimming positions and taking profits after the strong run. That’s usual for such quant funds that tend to cut positions when trends are extended and volatility spikes as part of their risk management strategy. The firms and Man Group declined to comment on their returns.

Aspect’s Remsing said exposures across the sector have been steadily declining, in some cases by more than half from peaks at his firm, while Greenig said his fund’s most recent positions have been reduced following the sudden surges.

“It is recognition that trees don’t grow to the sky,” Greenig said. “And when violent trends reverse, they tend to do so violently.”