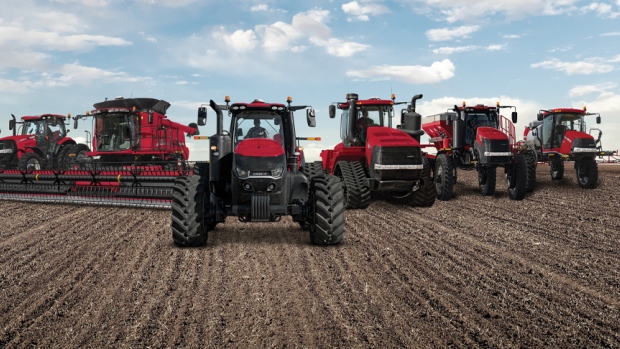 ​CALGARY - Publicly traded Rocky Mountain Dealerships Inc. says it has struck a deal with its chairman and CEO through which it will become a private company.

A numbered company controlled by chairman Matthew Campbell and CEO Garrett Ganden has agreed to pay $7 each for the shares they don't currently own, said the Calgary-based firm on Monday.

The arrangement values the company, which says it is the largest farm equipment dealer in Canada with 36 locations in Alberta, Saskatchewan and Manitoba, at $135 million (or $188 million including debt and lease obligations and excluding floor plan payables).

“Canadian industry data indicates the delivery of new units of large horsepower equipment and self-propelled combines remain at historic lows,” he said in a news release.

“However, crop reports are encouraging, showing the harvest is essentially complete and ahead of historical averages across our territory, while crop prices are now five to 19 per cent higher than in January 2019.”

Rocky Mountain says the buyout price represents a 26.8 per cent premium to its closing price on Friday - the stock rose by 25 per cent to $6.90 by noon in Toronto on Monday.

Directors and officers who own or control about 13.6 per cent of the shares have agreed to support the arrangement, it said. The deal requires two-thirds support at a special meeting to be held in December to go forward.

The company says it is allowed to actively negotiate with other potential buyers until Dec. 6, although it has agreed to pay a break fee of $2.575 million if the deal is ended before that date and $5.15 million afterwards.

It says the transaction has been endorsed by a special committee of independent directors formed to assess the fair market value of the shares and evaluate the proposal.