Rogers to buy Shaw Communications in a $26B deal

In a release early Monday, the pair announced that Rogers will purchase its Calgary-based telecom rival for $40.50 per share in a deal that the Shaw family said it “fully and irrevocably” supports. Including assumed debt, the deal is worth $26 billion. Shaw’s class B shares closed at $23.90 on the Toronto Stock Exchange Friday.

The two companies said they would invest $2.5 billion in 5G network capacity in Western Canada over a five-year period if the deal goes ahead. They’re also pledging $1 billion to bring high-speed internet service to rural and Indigenous communities.

“Fundamentally, this combination of two great companies will create more jobs and investment in Western Canada, connect more people and businesses, deliver best-in-class-services and infrastructure across the nation and provide increased competition and choice for Canadian consumers and businesses,” said Rogers CEO Joe Natale in the release.

BNN BLOOMBERG POLL:
Do you think the Rogers-Shaw deal should be allowed to proceed?

Shaw CEO Brad Shaw, who would join Rogers’ board along with another Shaw nominee, said in a statement the two companies can unlock “tremendous shareholder value” by combining.

In a report to clients, Scotiabank Analyst Jeff Fan said the deal “makes a lot of sense” for both companies, while rattling off a long list of questions about whether regulators will sign off on the transaction

“Over the past year, we believe there has been a shift towards network investment and facility-based competition which benefits all the facility-based operators,” Fan wrote. “But was that shift enough to allow the wireless industry to consolidate from four players to three in three of Canada’s most populated provinces? Or will the regulators approve the deal with divestitures such as subscribers, spectrum licenses and network wholesale arrangement to a new fourth? Are the network investments promised by Rogers enough?” 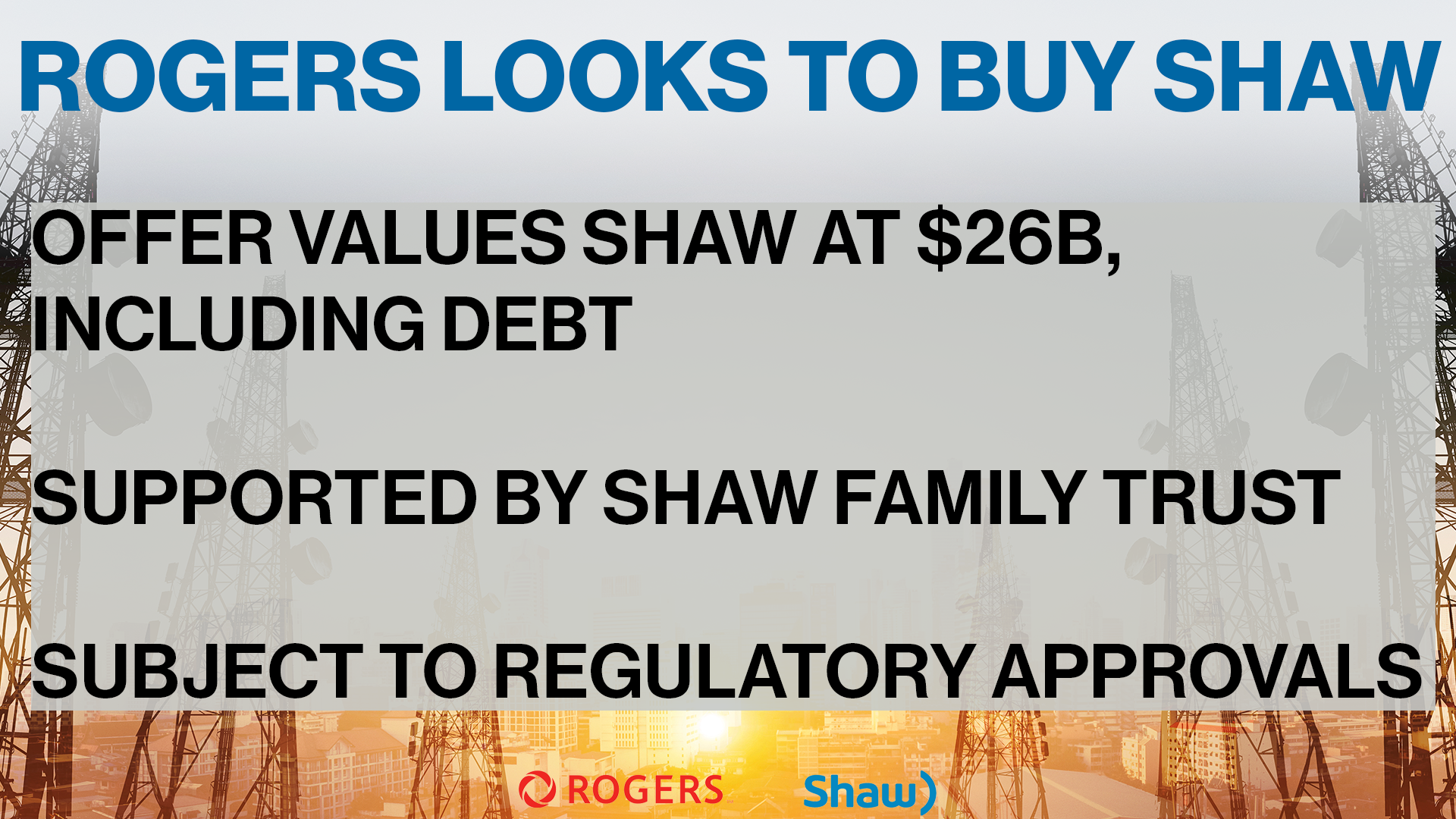 The proposed combination is subject to shareholder and regulatory approvals. In the release, Rogers and Shaw said they’re aiming to close their deal in the first half of 2022, and will “work cooperatively and constructively” with the Competition Bureau, the Canadian Radio-television and Telecommunications Commission and the Ministry of Innovation, Science and Economic Development.

“We have been clear that greater affordability, competition, and innovation in the Canadian telecommunications sector are as important to us as a government as they are to Canadians concerned about their cell phone bills. These goals will be front and centre in analyzing the implications of today’s news,” said Industry Minister François-Philippe Champagne in an email to BNN Bloomberg, while noting his office won’t “pre-suppose” the outcome of the regulatory review process. 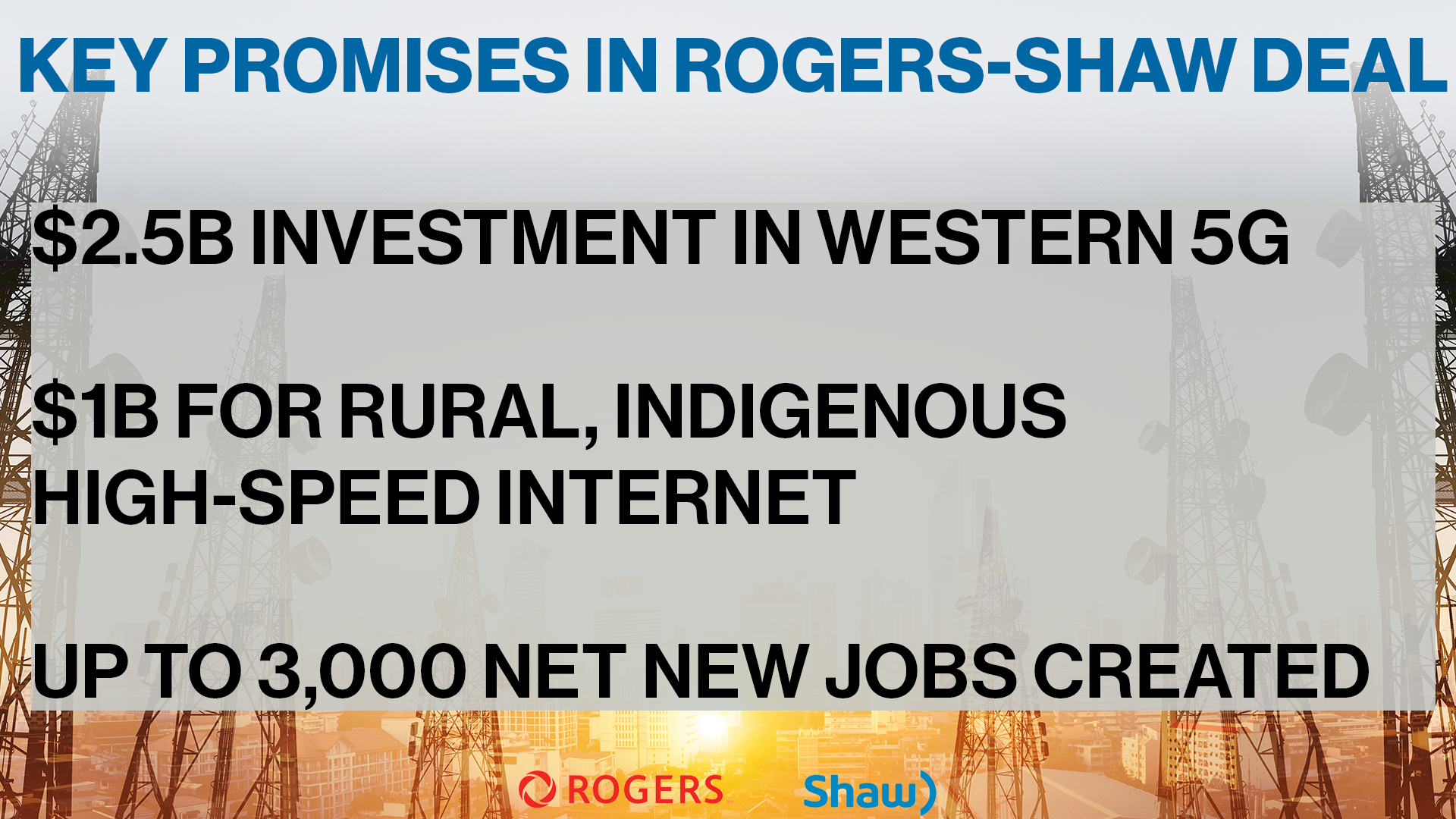