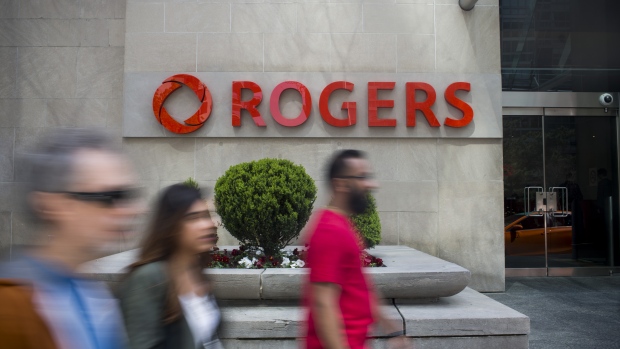 Pedestrians pass in front of Rogers Communications Inc. signage displayed outside a building in Toronto, Ontario, Canada, on Wednesday, May 17, 2017. , Brent Lewin/Bloomberg

TORONTO -- Rogers Media (RCIb.TO) is adding to its podcasting business through the acquisition of Vancouver-based Pacific Content.

Pacific Content works with companies and advertisers to target audiences.

Among its prominent clients for its branded content has been McAfee, the computer security company.

Rogers didn't disclose what it's paying for Pacific Content, a private company launched in 2015.

It says Pacific Content will complement the Frequency Podcast Network launched by Rogers last year and its 56 radio stations across Canada.