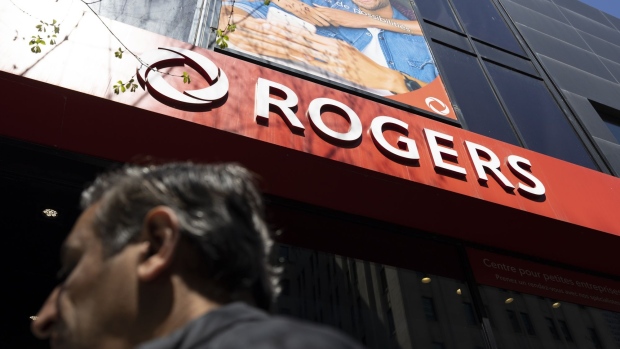 A Rogers store in Montreal, Quebec, Canada, on Monday, May 9, 2022. To close one of Canada's biggest-ever takeovers, Rogers Communications Inc. may need help from an unlikely ally: a rival telecommunications company, Quebecor Inc., led by an outspoken Quebec separatist with a penchant for lawsuits. Photographer: Christinne Muschi/Bloomberg , Bloomberg

The sides held talks on Monday and Tuesday with a mediator present, but it “did not result in a resolution of the Commissioner’s objections” to the C$20 billion ($15.3 billion) deal, the companies said in a statement Wednesday.

Competition Commissioner Matthew Boswell has sued to block the transaction. Rogers and Shaw have proposed selling most of Shaw’s wireless assets to Quebecor Inc. as a way of solving concerns that the deal gives Rogers too much control over Canada’s already-concentrated wireless industry.

“Rogers and Shaw intend to continue to work constructively with the Commissioner to highlight the many benefits of the merger to all Canadians, including maintaining a strong and sustainable fourth wireless carrier across Canada through the proposed divestiture of Freedom Wireless to Quebecor Inc.,” the companies said.

The failure of early mediation talks doesn’t mean the deal is doomed.

If the companies can’t reach an agreement with the antitrust body, they can fight at the Competition Tribunal, Canada’s merger court. But that would likely take until almost the end of 2022. The companies have extended the deal deadline to July 31 and could decide to do so again.