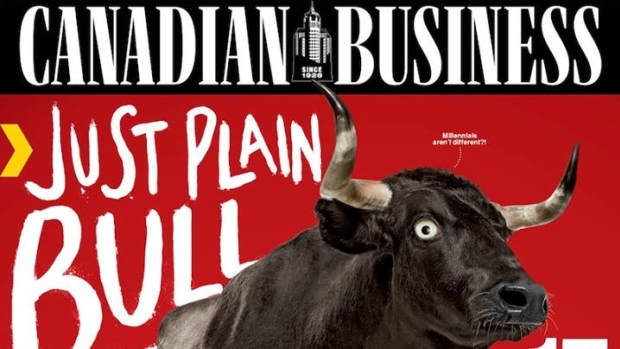 The changes will take effect in January.

Rogers said the decision is in response to declining print revenue, adding that advertisers are moving increasingly to digital platforms.

"It's been clear for some time now that Canadians are moving from print to digital, and our job is to keep pace with the changes our audiences are demanding," Steve Maich, senior vice-president of digital content and publishing at Rogers Media, said in a statement. 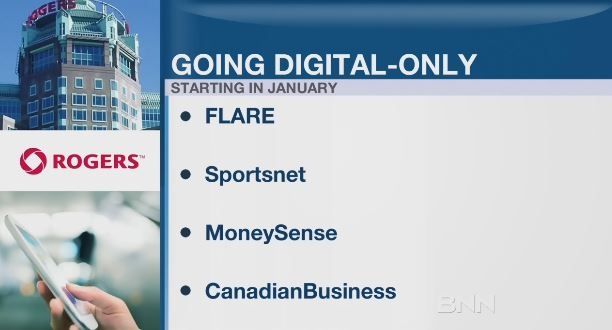 "We are so much more than a collection of magazine brands, and we've seen rapid growth on our digital platforms over the past few years. Now is the time for us to accelerate that shift."

Rogers is also looking to sell all of its business-to-business magazines as well as its French publications.

Subscribers can request full refunds on their accounts, the company said.

In announcing the move, the media giant touted its digital operations, pointing out growth in the number of unique visitors to its Rogers magazine websites and the amount of time people are spending on those sites.

The announcement comes after Rogers and Shaw Communications said earlier this week that the two companies will shut down its video-on-demand service Shomi at the end of November. Shomi was launched in November 2014 as a way to compete with Netflix and other similar web streaming services such as Amazon Prime, Hulu and BCE’s Crave TV.

Rogers said it expects to incur a loss on investment of approximately $100 million to $140 million in its third quarter, which ends Friday.

But Rogers has been afflicted by the same forces that have taken a bite out of the newspaper industry, a sector that has coped with rounds of mass layoffs this year because of falling print advertising.

In early September, the Globe and Mail issued a call for 40 employee buyouts. About a month before that, Torstar announced it was laying off more than 50 people, mostly from the Toronto Star newsroom.