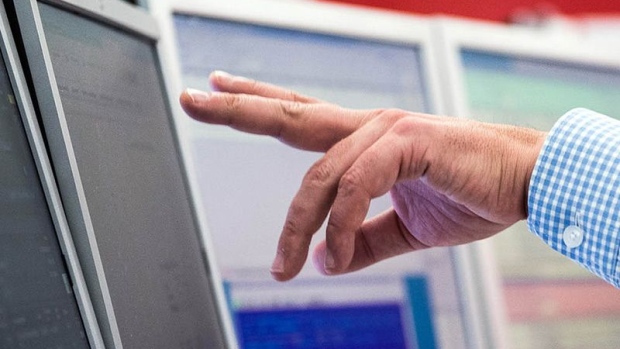 A financial trader points to data displayed on computer screens at the Wiener Boerse AG stock exchange in Vienna, Austria, on Thursday, Oct. 8, 2015.

The employee, a Chinese national working at Petro-Diamond Singapore Pte, has been fired and reported to police, Mitsubishi said in a statement, declining to name him. The trader, hired in November 2018 to handle oil business with China, “repeatedly” engaged in the unauthorized deals since January, disguising them to “look like hedge transactions,” the parent company said.

A person familiar with the matter identified the trader as Wang Xingchen, also known as Jack Wang. Calls to Wang’s mobile phone wouldn’t connect, while a person who answered the phone at Petro-Diamond’s Singapore office said he has left the company. No other current contact details were available. 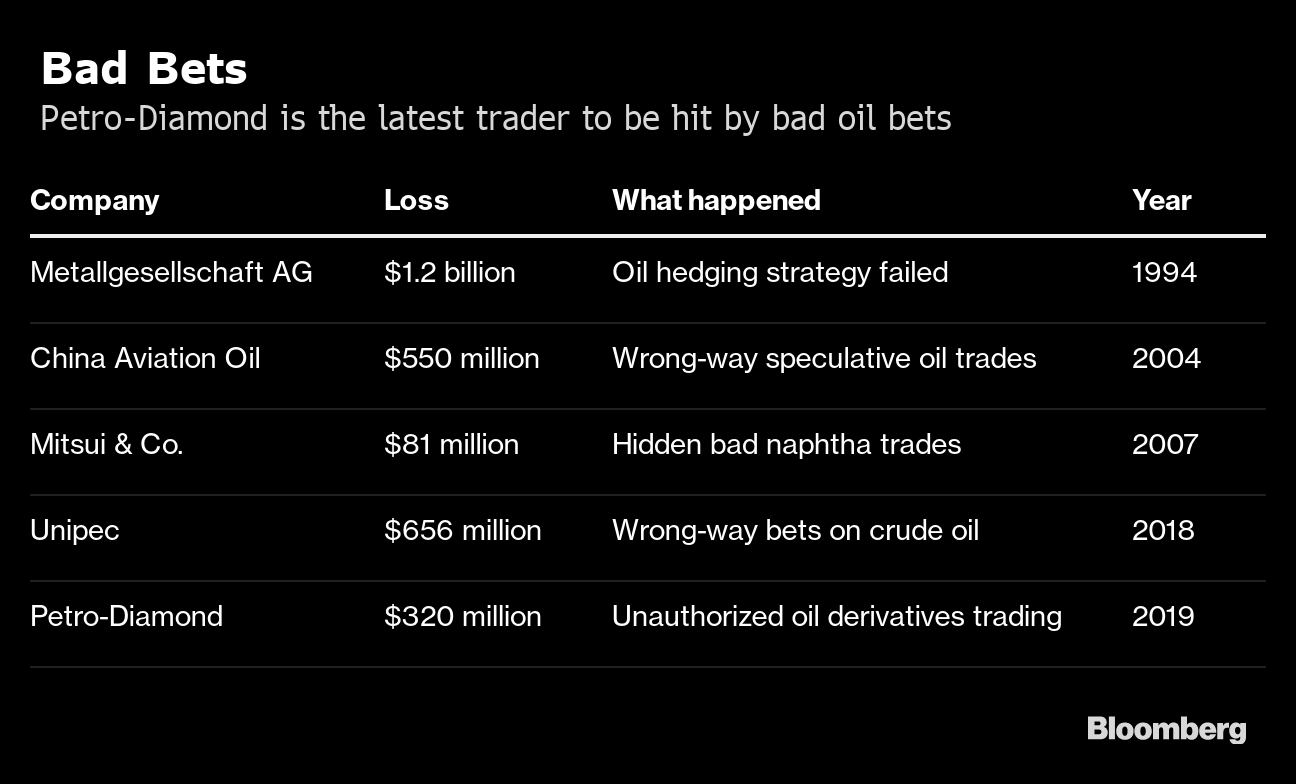 A loss of US$320 million would be less than one-tenth of Mitsubishi’s projected profit for the year. In August, the giant trading house, the biggest of Japan’s so-called sogo shosha, forecast full year net income of 600 billion yen (US$5.6 billion).

The oil market has a long and colorful history of trading busts. Metallgesellschaft AG suffered a US$1.2 billion loss in 1994 when a hedging strategy failed. In 2004, China Aviation Oil suffered its infamous US$550 million blunder, when the company fell afoul of a surge in prices.

Another Japanese trading company, Mitsui & Co., was forced to close its Singapore oil-trading unit in 2007 after a trader lost US$81 million in hidden naphtha trades. The dealer and his supervisor were imprisoned. And in December last year, two top officials at Chinese oil trading giant Unipec were suspended following losses of about US$656 million.

Beyond oil, another Japanese trading house Sumitomo Corp. suffered the worst ever rogue trading event in commodities in 1996 when Yasuo Hamanaka lost US$2.6 billion dealing copper on the London Metal Exchange.

In the latest scandal to befall the industry, Mitsubishi said the employee manipulated data in Petro-Diamond’s risk management system so that the transactions appeared to be associated with actual trades with customers.

“Large losses from derivatives trading” were incurred since July as the price of oil dropped, and the unit began an investigation into the transactions in the middle of August when the employee was absent from work, Mitsubishi said. Brent oil, the international benchmark, dropped 16 per cent from its July peak of US$67.01 to as low as US$56.23 in the first week of August.

Petro-Diamond quickly closed the derivatives positions once it realized they could result in losses for the company and also determined that they weren’t associated with any transactions with customers. Mitsubishi said investigations confirmed that its unit had “sufficient internal controls in place.”

The trader was fired Sept. 18 and reported to police the next day. The Singapore Police Force confirmed that a report has been lodged, while declining to give any other information.

Petro-Diamond Singapore had revenue of US$6.7 billion in the year ending March 2018 and EBIT of US$18 million, according to the financial profile filed with the city’s accounting regulator.

--With assistance from Aaron Clark and Andrea Tan