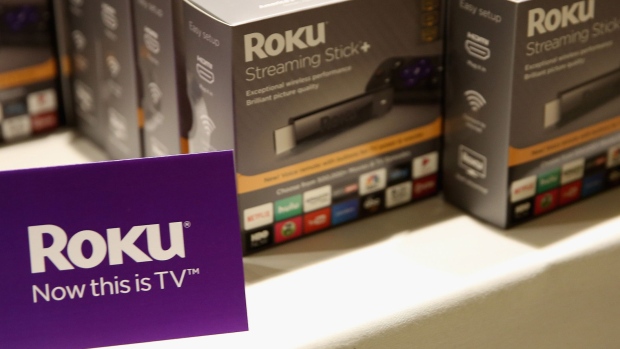 The company had revenue of US$356.1 million, which beat the highest analyst estimate at US$349.0 million, according to Bloomberg data. However, Roku declined to give a formal forecast. In a letter to shareholders, it wrote that “the short-term outlook is both variable and uncertain.”

“We’re still growing significantly, but it is slower growth than we would’ve otherwise expected, given the macro environment,” Chief Financial Officer Steve Louden said in a phone interview. “There might be some short-term volatility with the ad market, but overall this environment is very good for Roku. It is clear that the long-term trend to streaming has being accelerated by COVID.”

The company also reported a net loss of 35 cents U.S. a share. Wall Street had been looking for a loss of 55 cents U.S. per share, according to data compiled by Bloomberg.

Roku initially rose as much as 8 per cent in postmarket trading but the stock later erased the gain. Roku shares have gained about 160 per cent off a March low and are trading near record levels.

Louden said discussions for Roku to offer the recently launched HBO Max and Peacock streaming services are ongoing. “We want to carry all content, but it is important that any agreement we pursue be win-win-win,” he wrote. “We’re very clear that we can add a lot of value.”