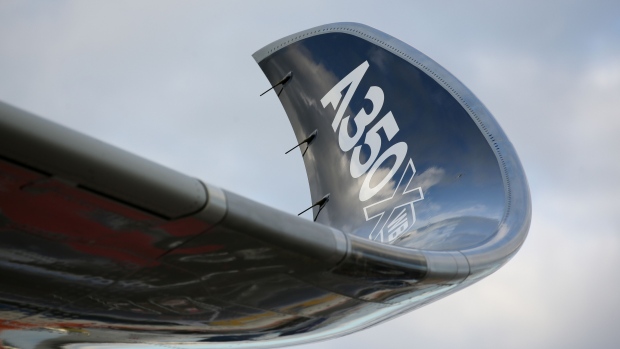 Rolls-Royce Holdings Plc warned of a new manufacturing defect after finding cracks in turbines that power Airbus SE’s A350 jet, an unwelcome development after years of engine problems racked up billions in costs.

The glitch concerns compressor blades on XWB engines in service on the A350 for four or five years, Rolls-Royce said in a statement Tuesday. It said the European Union Aviation Safety Agency is set to issue a directive on the matter.

Rolls-Royce is still reeling from a series of setbacks concerning the Trent 1000 model it makes for the Boeing Co. 787. Those problems are expected to cost 2.4 billion pounds (US$3.2 billion) through 2023, and have seen the U.K. firm cede market share on the Dreamliner to a rival turbine from General Electric Co.

With travel demand projected to take years to recover from the coronavirus crisis and the wide-body planes that Rolls powers likely to come back last, the company can ill afford a further drain on cash. It has already been compelled to consider raising as much as 2 billion pounds to ride out the pandemic.

Still, the new issue is the first to come to light on the XWB, the sole engine available for the A350, which entered commercial service in 2015, and Rolls said it doesn’t expect significant disruption for airlines or a major earnings hit. The costs are estimated at less than 50 million pounds.

Given the Trent 1000 problems, the XWB has most likely been subject to extra scrutiny at Rolls as engines come in for their first shop visit, Sandy Morris, an analyst at Jefferies International in London, wrote in a note. In that respect, it’s in some ways reassuring that only a minor issue has been found, he said.

Rolls inspected about 100 XWB-84 variant engines, 20 of which were impacted by wear in the intermediate pressure compressor, a spokeswoman said. The later -97 version has a different design and no such issue has been found.

The company said that EASA is due to release an airworthiness directive concerning the XWB on Wednesday that will require inspections of the suspect part as engines reach four to five years of service.