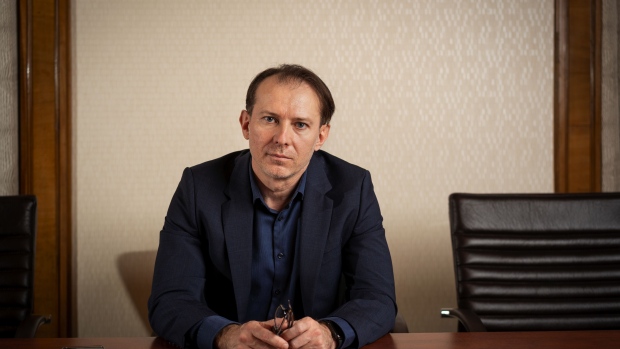 Florin Citu, Romania's prime minister, in his office in Bucharest, Romania, on Tuesday, March 30, 2021. The weakening of the Romanian leu to a record low against the euro is helping ease tensions in the economy and is not a reason for concern, according to Citu. , Bloomberg

The court on Tuesday said the vote on the motion filed by USR Plus, a junior member of the ruling coalition, needs to take place despite a conflict between the government and parliament. To avoid potential hurdles with USR’s motion, the opposition Social Democrats filed another no-confidence motion against Citu on Tuesday.