Roots Corp. is hoping some recent collaborations will boost sales as shares have experienced a bumpy ride since an initial public offering just under two years ago.

The Toronto-based retailer, known for its comforting apparel and beaver logo, plunged as much as 17per cent to a record low of $2.28 Wednesday after weaker than expected second-quarter earnings. Roots has now shed over $300 million of its value, or more than 75per cent since pricing its initial public offering at $12 a piece in October 2017.

However, the company remains positive on sales growth amid recent collaboration items. “We remain confident in our ability to deliver year-over-year sales growth in fiscal 2019,” CEO Jim Gabel said in a statement Wednesday morning.

“The power of the Roots brand remains strong. We are a highly sought-after collaborator, most recently releasing a limited-edition Raptors NBA Championship jacket and launching a second capsule collection with multi-platinum singer/songwriter, Shawn Mendes,” Gabel added. 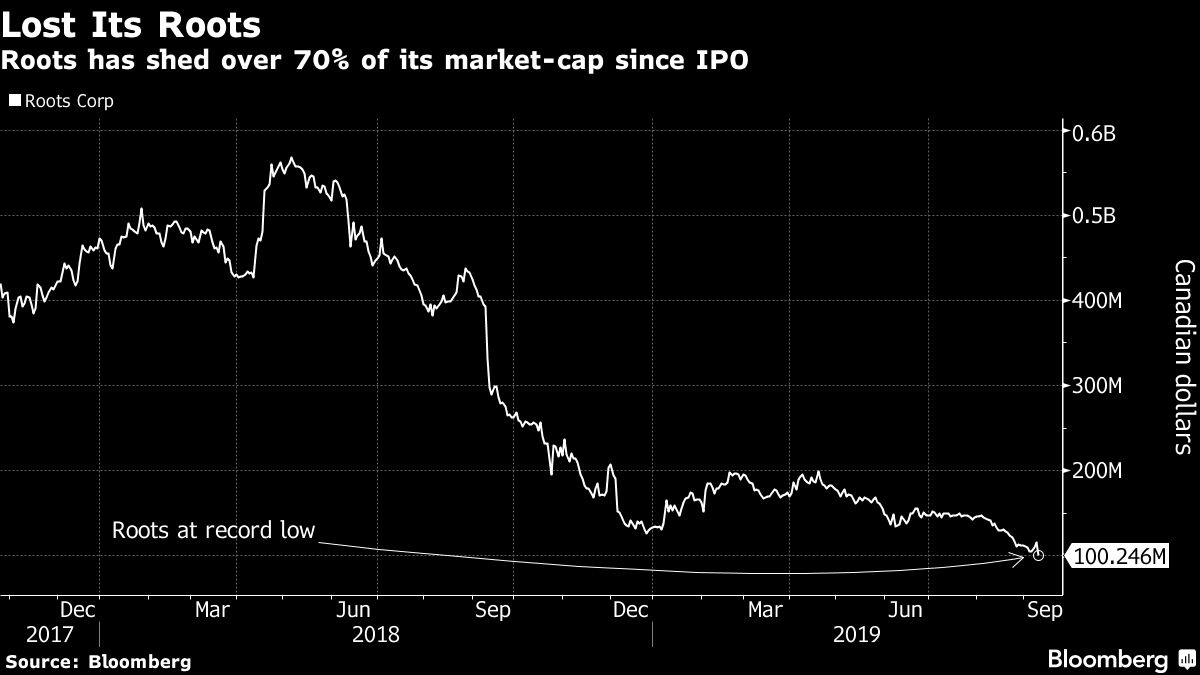 Still, Roots elected to lower its sales outlook, citing “lower than expected DTC sales in the first half of the year and the impact of macro-economic and geopolitical headwinds” on the company’s Asia business. Roots is scheduled to present at Scotiabank’s consumer conference September 18 in Toronto.

Operational challenges resulting from Roots’ moving into a larger distribution center will likely eclipse any progress made during the second-quarter, New York-based Jefferies said. While the distribution center should be more efficient that the former facility in the long-term, the change is adding pressure on near-term fundamentals, analyst Janine Stichter wrote while maintaining a buy recommendation.