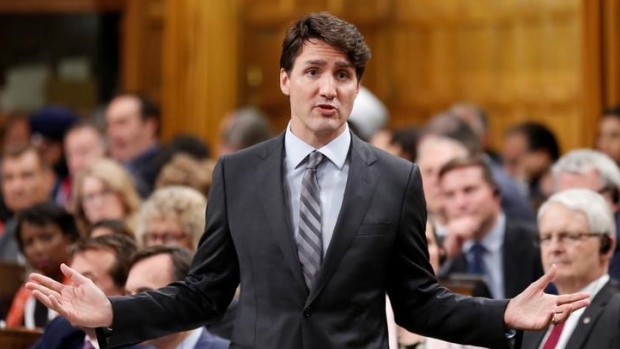 Justin Trudeau speaks during Question Period in the House of Commons on June 14, 2017 , Reuters

A prominent Bay Street strategist says Ottawa is “shooting itself in the foot” as the Trudeau Liberals enter Parliament’s fall session defending a tax plan that could “tip the economy into a recession.”

“Frankly, I'd be excited if the government just sat on its hands and did nothing,” David Rosenberg, chief economist and strategist at Gluskin Sheff + Associates, told BNN in an email about his expectations as the House of Commons resumes sitting Monday.

“My disappointment with much of what already has been done, and the pledges to tax capital in all its forms, are only going to act as major constraints on growth.”

The Trudeau government’s pursuit of tax fairness includes measures to close what it calls loopholes for private corporations, including income sprinkling among family members and making passive investments within corporations.

Objections to the plan grew into a full-on revolt over the summer, with small business groups and high-profile Canadian entrepreneurs decrying the moves.

“Making any rash changes, as seems likely, could very well tip the economy into a recession,” Rosenberg wrote in a note to clients Friday.

“I fear that Ottawa is shooting itself in the foot on this score.”

“None of my clients use abusive tax strategies such as aggressive sprinkling or conversion of dividend income,” Baskin told BNN in an email.

“All of them rely on the savings in their companies to fund their retirements, as none of them have pensions.”

Famed Canadian investor Stephen Jarislowsky is among a chorus of business voices that contend the Liberals are “killing entrepreneurship.

“I talked to 20 entrepreneurs from Quebec and I told them they’re not good entrepreneurs, because if they were they wouldn’t be in this country,” Jarislowsky told BNN in an interview.

“I think this government is very badly advised.

In defending the controversial tax plan, Finance Minister Bill Morneau has said the two-thirds of Canada’s small business owners who earn $73,000 or less annually will not be impacted by the changes.

"We have no intention of trying to make it more difficult for the family farm," Morneau said in a recent CTV interview.

While the Liberals are standing their ground in the face of heated opposition, one money manager says the tax plan is unlikely to be passed into law.

“The Trudeau government wrongly believes that the proposed policy is addressing a Canadian view that the so-called rich are not paying their fair share,” Patrick Horan, principal at Agilith Capital, told BNN in an email.

“It’s a bad policy that likely will not be passed and will ultimately highlight our government’s economic naivety.”

While the tax issue dogs the government at every turn, it’s among a host of challenges concerning investors - including renegotiating a trade deal with Canada’s largest customer.

“The renegotiation of the NAFTA trade deal would be pretty high up on the agenda of what investors would want some thoughts and debate on,” John Zechner, Chairman and Founder, J. Zechner Associates, told BNN in an email.

“Clearly this is a big deal with a lot of ramifications and is also of critical importance to U.S. government, who need to show a win on something.

The fall session will also include an economic update from Morneau, whose deficit spending plan does not include a path back to balance.

During Parliament’s break, the Canadian economy handed in a string of impressive results – including 4.5-per-cent GDP growth in the second quarter.

“The federal government will have record tax revenues in 2018 as both corporate and personal income tax collections rise with the good economy,” said Baskin.

“In the meantime, the government is paying low interest on its debt. If it cannot balance a budget in those conditions, when can it?”

Which of these do you think will matter most in the Fall session of parliament?