Rather than interest rates slowing the market, it is unusually high home prices: Royal LePage

Royal LePage is raising its forecast for home prices this year despite signs of a slowdown in some major housing markets across the country.

The real estate brokerage now expects the aggregate price of a home in Canada to rise 15 per cent year-over-year in 2022 to $895,900, led by the country’s two hottest markets. In December, Royal LePage forecast a gain of 10.5 per cent this year.

“Call it buyer fatigue or easing demand, these periods of uncomfortably high home price appreciation do run their course. We are seeing the first signs of moderation in some regions, as more inventory is becoming available and competition eases slightly,” said Phil Soper, president and chief executive officer of Royal LePage, in a release Tuesday.

“The first quarter of the year was so strong, however, that we are bumping up our 2022 outlook. And, home prices will continue to climb in the months ahead as a result of our relentless low supply-high demand imbalance.”

Canadian home prices jumped 25.1 per cent in the first quarter from last year, according to the firm’s House Price Survey, the largest gain on record.

Royal LePage acknowledged that buyer sentiment is now taking a hit from a number of factors including higher interest rates, surging inflation and uncertainty stemming from Russia’s invasion of Ukraine.

However, it added that while some properties were getting fewer bids, others in more popular neighbourhoods were still seeing bidding wars and selling above the list price.

“It is worth noting that most Canadians with higher loan to value mortgages have successfully passed the stringent federal requirements of the [Office of the Superintendent of Financial Institutions] mortgage stress test – they have proven that they can manage significantly higher rate increases than we anticipate they will see,” Soper said.

Notably, it expects Greater Montreal and Halifax home prices to rise 12.5 per cent this year and Ottawa prices to increase 13.0 per cent.

The federal government unveiled a $10.1-billion plan in its budget to ease affordability problems plaguing the country’s housing markets. The plan included pledges to double home construction within 10 years, implement a two-year foreign buyer ban and end the practice of blind bidding, where buyers can’t see the value of rival bids.

Royal LePage said it doesn’t anticipate those measures will have any material impact on home prices this year.

“I am pleased to see it addressed in the federal budget, however the budget requires significant participation from provincial and municipal governments to hit its target to provide housing for current demand as well as future demand from new household formation and immigration,” said Soper. 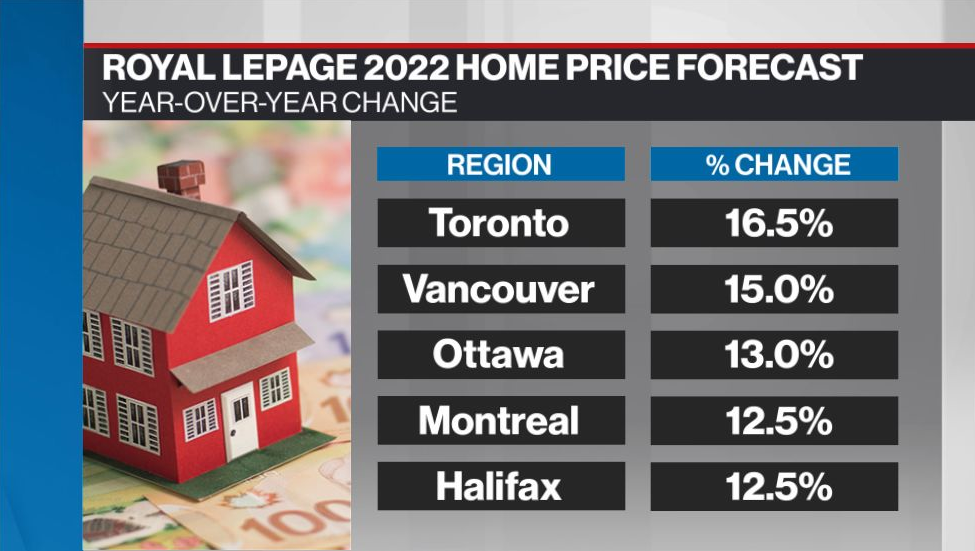 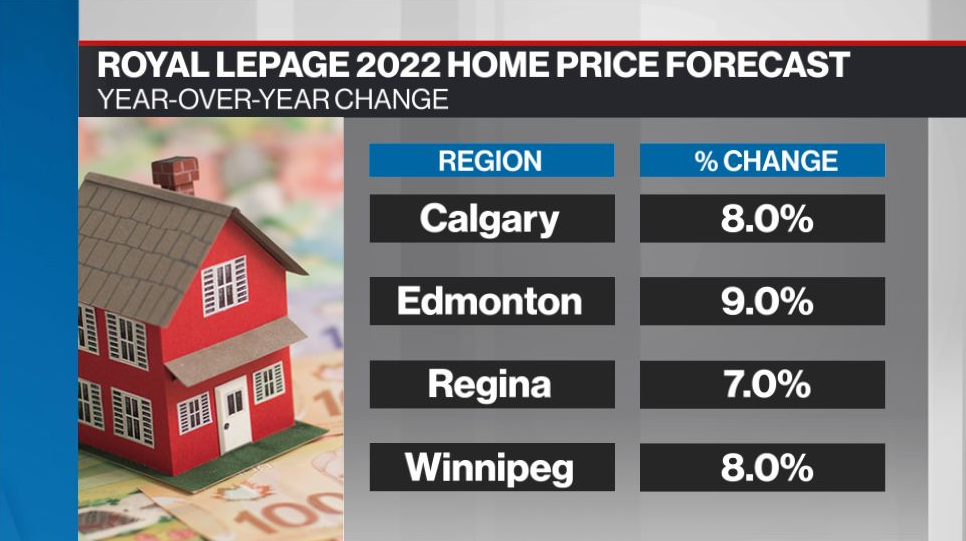