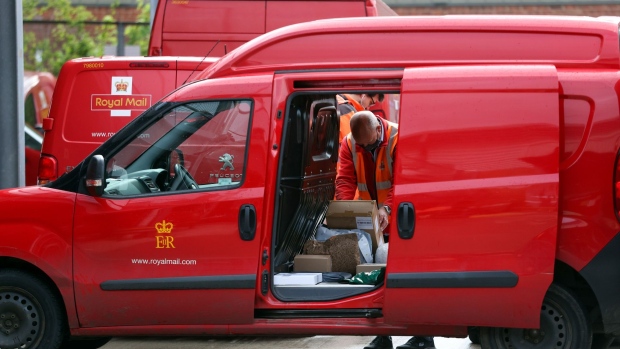 (Bloomberg) -- Royal Mail Plc said it will sustain a full-year loss if 115,000 workers go ahead with a planned strike over pay.

The UK postal service will be “materially loss making” in the 2023 fiscal year in the event of walkouts by the Communication Workers Union over four days in August and September, it said in a statement Wednesday.

Royal Mail said it remains ready to negotiate with the CWU to “try and avert damaging industrial action,” though any talks must address change to working practices as well as pay. It said the union “has failed to engage meaningfully on the business changes required” despite more than three months of talks.

The CWU said Tuesday that the decision to strike follows the imposition of a 2% pay increase when inflation is forecast to exceed 13% later this year.

The walkout stands to be the largest by British workers in a summer already marked by a plethora of industrial disputes.