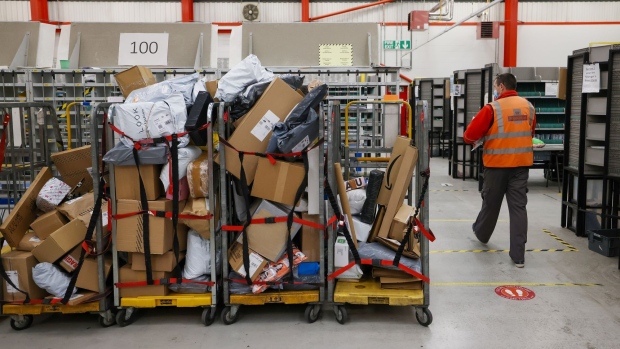 Despite the squeeze, the U.K. postal service is seeing signs that parcel demand will remain significantly above pre-pandemic levels as online shopping becomes a permanent habit, it said Thursday in a statement.

Strong parcel volumes will help to offset some of the impact of rising expenses, with profit expected to increase in the second half from the first. Cost pressures in Britain are expected to rise as Royal Mail begins hiring temporary staff for the festive season, when letter and package deliveries peak, a spokeswoman said.

Royal Mail also maintained the margin outlook at its European parcel arm GLS, which is grappling with surging expenses in several nations amid a tighter labor supply and general inflationary pressures.

Royal Mail is struggling to hire after the pandemic roiled employment markets, with countries including France and Denmark reporting labor shortages.

That trend has been exacerbated by Brexit in the U.K., after many European Union nationals returned home, while energy and transport costs are also spiraling.

Package deliveries in August remained one-third higher than in 2019 in the U.K. and up 30% at GLS.