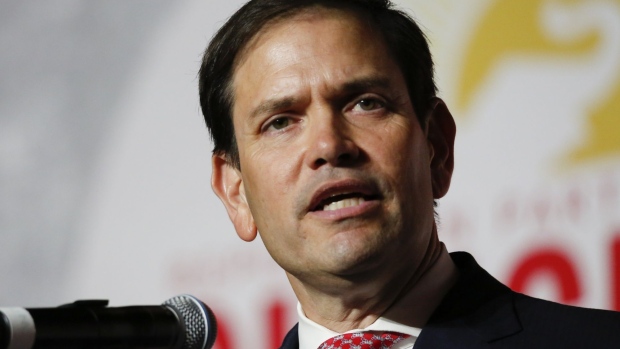 (Bloomberg) -- A bipartisan group of lawmakers from Florida asked the US trade agency to investigate what they called a “flood” of fruit and vegetable imports from Mexico, saying it poses a direct threat to the state’s agricultural industry.

Republican Senators Marco Rubio and Rick Scott, together with more than 20 representatives, filed a petition to open an investigation using the same law that former President Donald Trump used to impose tariffs on billions of dollars of imports from China.

“Mexico poses a direct threat to Florida’s seasonal and perishable agricultural industry, endangers the long-term food security of the US, and raises the prospect that Mexico will become an unchallenged hegemon in the winter and spring fruit and vegetable supply chain, with the ability to set market prices that harm American consumers,” the lawmakers said in a letter to US Trade Representative Katherine Tai dated Sept. 8.

They added that their petition makes clear that “Mexico’s scheme to displace Florida’s seasonal and perishable agricultural industry from the US market is an unreasonable trade practice that constitutes export targeting.”

Florida is a top US grower of sugar cane and the biggest domestic supplier of citrus fruit for juice.

Rubio -- who has held his seat since 2011 -- is looking to shore up support in the state’s agricultural community as he faces off in November against Democrat Val Demings, a current member of the House.

Rubio and Scott have sought to woo agricultural producers before: for years, they sought protection for blueberry farmers from imports from Mexico. In 2021, however, the US International Trade Commission found that inbound shipments of the fruits aren’t posing a serious threat to American farmers.

Last year, the US imported a record $170.6 billion in agricultural goods, with $37 billion coming from Mexico, Department of Agriculture data show. In 2020, Mexico accounted for three quarters of the volume of fresh vegetables entering the US.