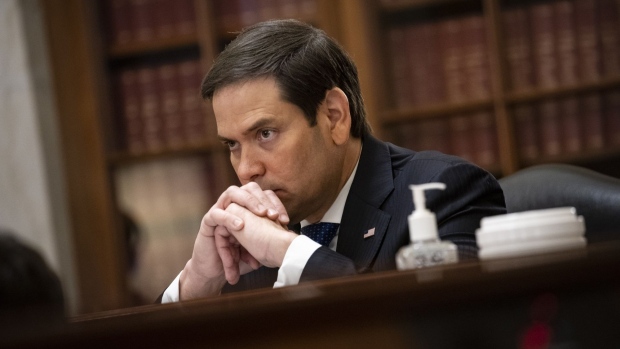 (Bloomberg) -- Republican Senator Marco Rubio of Florida is starting a bipartisan push to work on the next phase of relief for small firms hammered by the pandemic as a relief loan program that launched in April closes Tuesday.

Rubio, who is chairman of the Senate Small Business & Entrepreneurship Committee, is reconvening a task force that helped create the Paycheck Protection Program, which offered loans to small businesses, to work toward an agreement on getting additional help, according to his office. The PPP is poised to end with more than $130 billion in remaining funds and new virus cases spiking in U.S. states.

The Small Business Administration, which ran PPP with the Treasury Department, stops accepting new applications at 11:59 p.m. New York time tonight for the $669 billion program that had approved more than 4.8 million loans totaling $519.6 billion as of Monday night, SBA said. There was $134.5 billion remaining as of Saturday that will be returned to Treasury unless Congress re-purposes it.

Asked whether he supports extending the PPP application deadline, Rubio said “potentially,” but it could mean the remaining funds might not be available to current applicants. But he said he doesn’t “rule anything out given the nature of the pandemic.”

Rubio is considering legislation that would create new programs with expanded uses of PPP funds, including allowing chambers of commerce to apply, setting aside $25 billion for businesses with fewer than 10 employees and directing funds to firms that prove they were affected by the pandemic, according to his office. The details were reported earlier by the Washington Post.

Senator Ben Cardin of Maryland, the top Democrat on the small business committee, and other Senate Democrats have introduced a bill that would extend the PPP application deadline to Dec. 31 or longer while creating a new option for a second loan for borrowers with fewer than 100 employees that have lost at least half their revenue due to the pandemic. Similar bills are being negotiated in the House, and small business advocates expect those ideas to be part of negotiations on a broader stimulus package in July.

Treasury Secretary Steven Mnuchin said in prepared remarks for a House committee hearing on Tuesday that while certain industries such as construction are recovering quickly, others such as retail and travel “are facing longer-term impacts” and may require additional relief in a stimulus package in July. Mnuchin has said the U.S. needs additional fiscal stimulus even as the economy recovers, particularly for businesses struggling to reopen.

Having leftover funds is a surprising outcome for the PPP, the centerpiece of the $2.2 trillion relief package Congress enacted in March. The SBA was overwhelmed when the program launched April 3, and an initial $349 billion was depleted in just 13 days. Almost $189 billion in a second round of $320 billion in funding was taped in the first two weeks after the program relaunched April 27.

But demand waned after the initial barrage, in part because of concerns about rules allowing loans to become grants if proceeds were spent on mostly on payroll and an outcry about public firms getting loans at the expense of mom-and-pop shops. Millions of the smallest and vulnerable firms also didn’t know they were eligible or didn’t apply because the complicated program didn’t meet their needs.