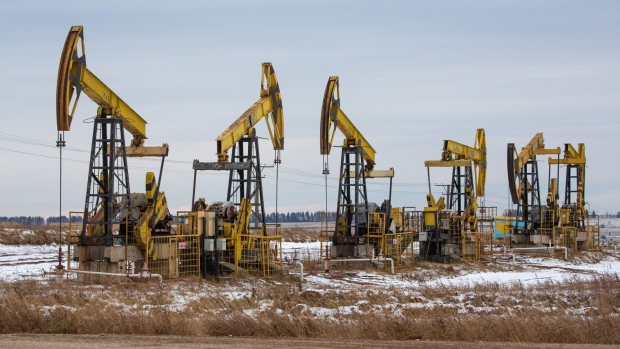 (Bloomberg) -- Russia may cut its 2021 borrowing plan by 500 billion rubles ($6.8 billion) as oil revenues surge and the economic starts to recover from coronavirus.

Government officials are discussing a proposal to cut borrowing this year to 3.2 trillion rubles from 3.7 trillion rubles, according to two officials familiar with matter, who asked not to be named because the talks are ongoing. One of them said the reduction could end up being as high as 1 trillion rubles.

A more than 20% jump in oil prices this year has given Russia’s budget a boost just as the economy starts to show signs of recovery from last year’s pandemic-related slump. The government also has about 450 billion rubles left over from last year when revenues came in higher than expected.

Russia has already borrowed about 300 billion rubles so far this year, including at its biggest auction of fixed-rate government debt since June on Wednesday.

The Finance Ministry didn’t immediately respond to a request for comment.

The U.S. stopped short of sanctioning Russia’s sovereign debt market this week, but officials in Washington warned that more penalties will follow over election interference, the SolarWinds hack and reports that Russia offered bounties for the killing of U.S. soldiers in Afghanistan.