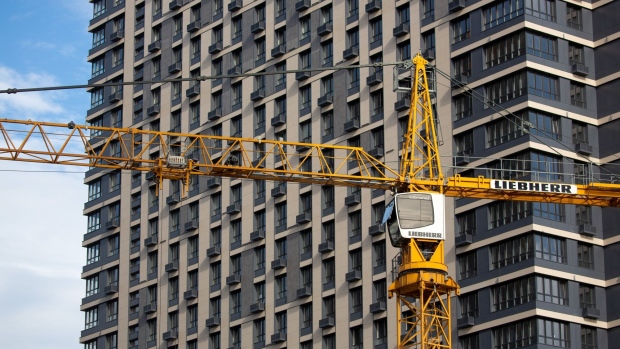 (Bloomberg) -- Russia is looking at introducing measures to cool a rally in steel prices to the highest in more than a decade and support the construction industry, people familiar with the matter said.

One option may include a mechanism that could be used to tax sales over a certain price to provide funds to aid the construction sector, according to two people familiar with government discussions. Such a move has been proposed by the Industry Ministry, said the people, who asked not to be identified as the matter is private.

Economy Minister Maxim Reshetnikov said Wednesday that he doesn’t see a formula-based export tax as necessary or feasible because it may lead to some steel-product shortages, according to Interfax. Although some ministries have pushed for such a tax, it makes more sense to support steelmakers’ customers, the newswire cited him as saying.

The Economy Ministry, which plays a role in setting taxes, will take part in discussions of tax code changes, a spokeswoman told Bloomberg.

Steel prices have climbed to the highest since 2008 as the global market recovered from the coronavirus crisis and China cuts capacity to curb pollution. While that’s generating big profits for Russian producers, it’s also worrying the government. Inflation fears prompted the central bank to raise interest rates for the first time since 2018 last month and officials to enact crop-export restrictions and cap some food prices.

Russia’s steel industry has a strong lobbying voice, so “any tough and painful regulations of the sector seem unlikely,” said Kirill Chuyko, an analyst at BCS Global Markets. “Still, given that Russia is more and more turning to regulations of different fields, the risk that some mild measures will be applied to the steel sector exists.”

Other options for regulating steel prices include introducing a minimum amount that must be sold in the domestic market, the people said. RBC newswire earlier reported that officials have discussed setting up so-called indicative prices for products that affect construction prices.