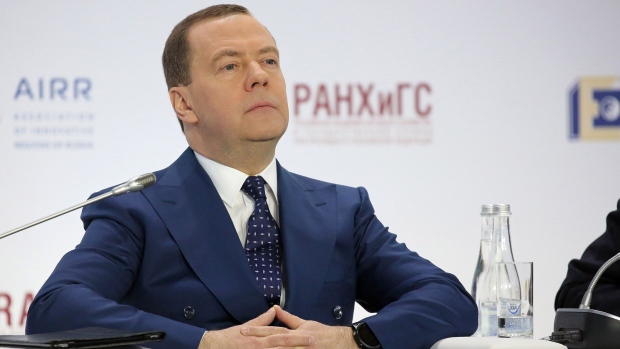 Russian Prime Minister Dmitry Medvedev resigned and said President Vladimir Putin will choose a new government, hours after the Kremlin leader called for a series of constitutional changes in his annual address.

Medvedev, who led the government since 2012, when he stepped down as president to make way for Putin’s return to the Kremlin, may become deputy head of the security council, according to the Tass news service. Putin said the government hasn’t managed to fulfill all its tasks, the Interfax news service reported.

To contact the reporter on this story: Tony Halpin in moscow at thalpin5@bloomberg.net

To contact the editor responsible for this story: Gregory L. White at gwhite64@bloomberg.net