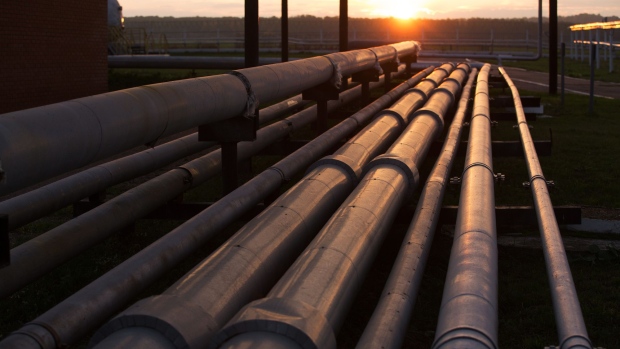 (Bloomberg) -- The Biden administration is growing more concerned over Russia’s restrictions on natural gas exports amid fears that some European countries may not have enough supply to heat homes this winter if temperatures are colder than normal, the U.S. envoy for energy security said.

Russian supplies are “inexplicably low,” and news Monday that the country didn’t book capacity through October “increases the concern I have,” Amos Hochstein, the State Department’s senior adviser for energy security, told Bloomberg Television on Monday. “When storage is low at these levels, if we have a colder than average winter, my concern is that we will not be able to have enough gas to use for heating, not for power, in parts of Europe.”

Hochstein spoke after European gas prices surged Monday on news that Moscow-based Gazprom PJSC opted not to flow more gas to Europe via Ukraine in October. Storage sites are less than 72% filled with just a few weeks to go before the start of heating season, the lowest level for this time of year in a decade.

Russia hasn’t said why it isn’t booking capacity, though Hochstein raised the possibility that it was a political move linked to Russia’s push to proceed with the Nord Stream 2 gas pipeline, which circumvents Ukraine on its way to Germany. The U.S. opposes the pipeline, which is almost complete, but has held off sanctioning the company overseeing construction or its chief executive despite demands that it do so from members of Congress in both parties.

“The reality is there are pipelines with enough capacity through Ukraine to supply Europe,” Hochstein said. “Russia has consistently said it has enough gas supply to be able to do so, so if that is true, then they should, and they should do it quickly through Ukraine.”