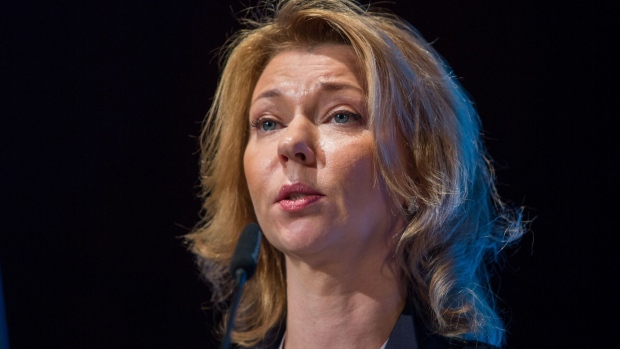 Gazprom, which supplies vast amounts of natural gas to Europe via pipeline, favors long-term contracts that bring stability to the market, Deputy CEO Elena Burmistrova said in a pre-recorded video at the Flame conference in Amsterdam. Meanwhile, Europe’s own production and imports of seaborne liquefied natural gas have fallen, with shipments going instead to premium markets in Asia, she said.

“There has been some inaccurate reporting and speculation about Gazprom’s actions,” Burmistrova said. “We do not receive any pressure to sell as much as we can in the short term. It would undermine the markets predictability, both for us and for our customers.”

Gazprom has come under the spotlight as gas prices in Europe are more than five times higher than a year ago, with the region’s storage sites depleted after a long and cold winter, followed by a post-pandemic demand recovery. European traders are closely watching every single move of the top gas exporter, which promised to boost stockpiles at its storage facilities, especially in Germany and Austria, starting next week.

Gazprom has repeatedly said that it’s sending gas to Europe in line with requests from clients. The company’s business partners and clients are not making allegations against Russia, Burmistrova said.

The executive reiterated long-term contracts with a take-or-pay clause make the market balanced and predictable, “therefore profitable for investors,” and warned against hub indexation and short-term trading.

“We are not interested either in record low or record high gas prices,” said Burmistrova. “Misunderstandings on Gazprom’s long-term strategies often lead to the wrong perception of the company’s actions and interests.”

Gazprom’s long-term business strategy implies output growth and is based “on the assessments of the prospective market in Russia and in its key export markets,” she said.

Burmistrova also highlighted Gazprom’s role in the Asian market, with Russian exports feeding China’s increasing gas demand. Record gas prices on the European market show that gas will be needed in the future.

“Gas will be in demand for many years to come,” she said.

The Kremlin reiterated on Tuesday that Russia remains committed to start pumping additional gas to Europe once the country has filled its domestic inventories on Nov. 8.