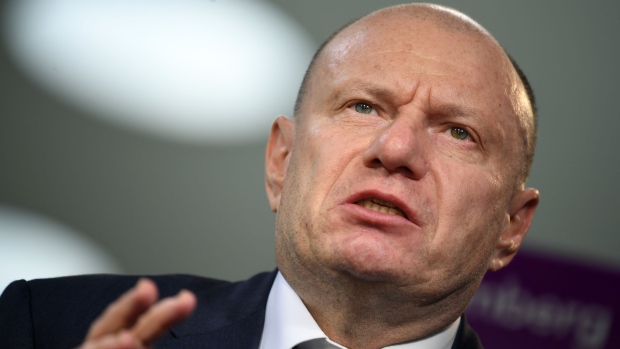 Vladimir Potanin, billionaire and owner of MMC Norilsk Nickel PJSC, speaks during a Bloomberg Television interview at the St. Petersburg International Economic Forum (SPIEF) in St. Petersburg, Russia, on Thursday, June 6, 2019. Over the last 21 years, the Forum has become a leading global platform for members of the business community to meet and discuss the key economic issues facing Russia, emerging markets, and the world as a whole. , Bloomberg

(Bloomberg) -- Vladimir Potanin, Russia’s richest man, will take his legal battle with his ex-wife to the UK’s top judges in one of the world’s biggest divorce fights.

Potanin, who is sanctioned by Canada and Australia but not the UK or US, won permission to appeal the suit before the Supreme Court, a spokeswoman said Monday. The billionaire is bidding to overturn a previous ruling that cleared the way for Natalia Potanina to renew her $7 billion claim in London.

Judges previously said that Potanina received a “paltry award” in prior Russian divorce proceedings, given the billionaire’s wealth and the length of their 31-year-marriage. London’s divorce courts have been a popular destination for high value legal fights, with judges typically prepared to order a more equal share of a couple’s assets.

Potanin, the 61-year-old president of Norilsk Nickel, is worth $36 billion according to the Bloomberg Billionaires Index.