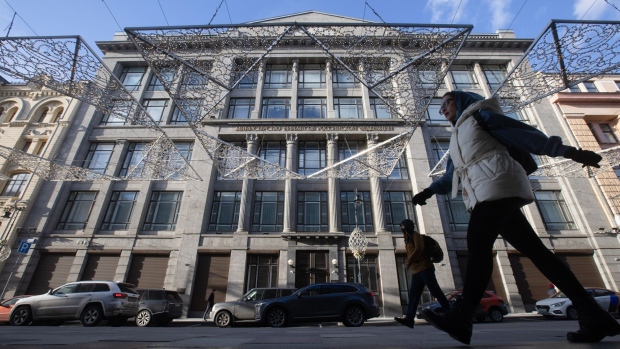 The headquarters of the Ministry of Finance in Moscow, Russia, on Tuesday, Feb. 22, 2022. The ruble tumbled the most since March 2020 after President Vladimir Putin recognized self-declared separatist republics in east Ukraine, deepening a standoff with the West. , Bloomberg

(Bloomberg) -- Russia’s Finance Ministry said foreign banks declined to process coupon payments of $649.2 million on its Eurobonds and the payments have been sent in rubles.

The ministry said it sent dollar payments for bonds maturing this month and in April 2042, but they were rejected, leaving Russia to use domestic financial institutions instead, according to a statement. The ministry added that it transferred the full payment in rubles to the National Settlement Depository.

The Finance Ministry said it “considers it fulfilled its obligations in full.”