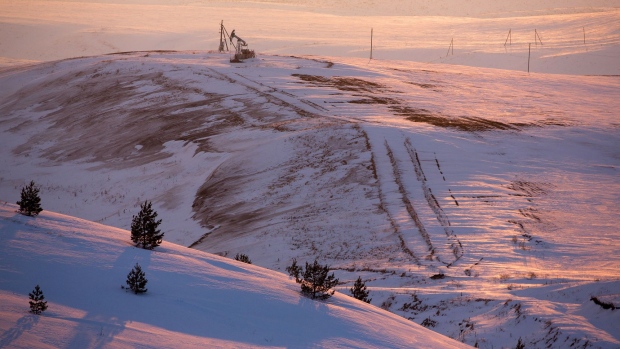 An oil pumping jack, also known as a 'nodding donkey,' operates in a snow covered oilfield in the village of Otrada, 150kms from Ufa, Russia. , Photographer: Andrey Rudakov/Bloomberg

Russia, OPEC’s largest ally in a deal to cut oil production, is once again failing to keep its side of the bargain.

Assuming no sharp cut in output in the remaining four days of the month, November will become the eighth month this year of non-compliance by Russia. That leaves the country in an awkward position ahead of ministerial talks with other members of the OPEC+ coalition in Vienna next week, where de facto leader Saudi Arabia is likely to lean on laggards to adhere to the agreement.

Under the deal between the Organization of Petroleum Exporting Countries and its allies, Russia pledged to cut daily output by 228,000 barrels from a baseline of 11.418 million barrels. Energy Minister Alexander Novak said only last week that the country aimed to stick to its OPEC+ commitment in November, but that recent gas-field startups may hinder those efforts. Gas condensate is currently included in total volumes for Russia but not for most other OPEC+ members.

Russia has complied with the agreement in only three months of this year -- May, June and July -- when the Druzhba oil-contamination crisis pushed production below its OPEC+ target.

In the remaining months, the country has given various explanations for its non-compliance, including -- in the winter -- the difficulty of slashing output amid the harsh climate and geological conditions of many of its oil-producing regions.

In March and April, the Energy Ministry explained away its higher output by claiming production-sharing agreements with international partners should be excluded when calculating total production.

The ministry’s figures for average daily oil flows differ from Bloomberg calculations as the government uses individual ratios to convert metric tons into barrels for each field.

To contact the editors responsible for this story: James Herron at jherron9@bloomberg.net, Amanda Jordan, John Deane