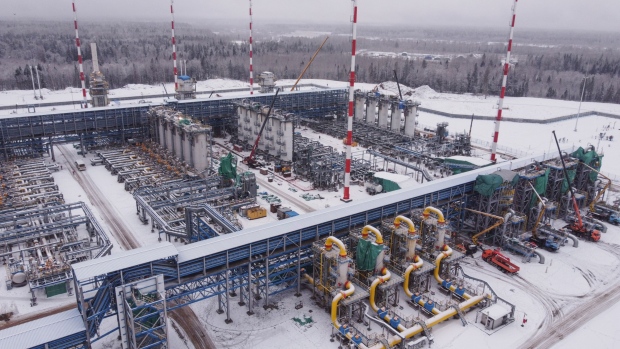 Russia is signaling that it won’t go out of its way to offer European consumers extra gas to ease the current energy crisis unless it gets something in return: regulatory approval to start shipments through the controversial Nord Stream 2 pipeline.

In exchange for upping supplies, Russia wants to get German and European Union approval to begin using the pipeline to Europe, according to people close to state-run gas giant Gazprom and the Kremlin.

“We cannot ride to the rescue just to compensate for mistakes that we didn’t commit,” Konstantin Kosachyov, a top pro-Kremlin legislator in the upper house of parliament, said in an interview, without specifying what Russia is seeking. “We’re fulfilling all our contracts, all our obligations. Everything on top of that should be a subject for additional voluntary and mutually beneficial agreements.”

As if to underline the point, the pipeline’s operator said Monday its first line is full of so-called technical gas and ready to begin operation, though it can’t ship it until regulatory approval is granted. That announcement came hours after European gas prices spiked on news that Gazprom had again bid for only a small amount of capacity to ship the fuel to Europe via other routes. 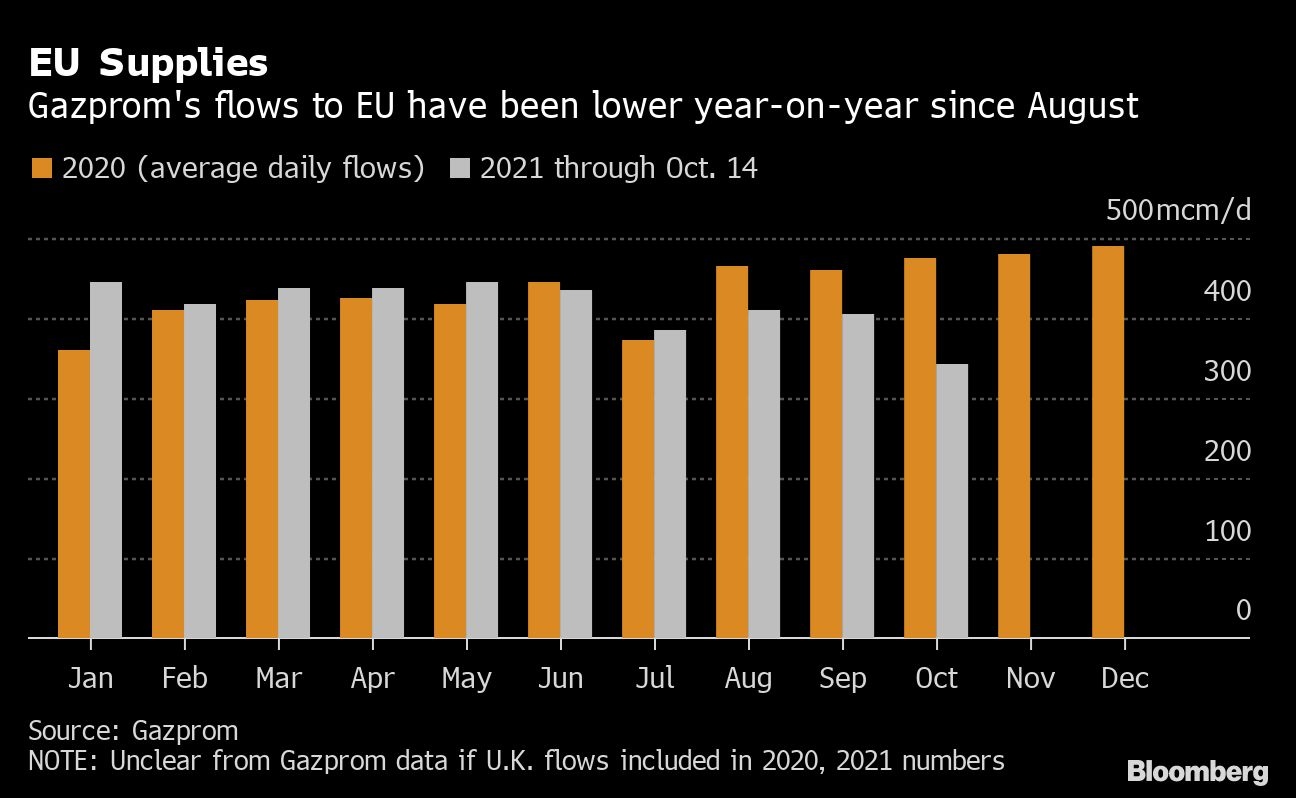 As surging fuel costs have caused increasing economic havoc, pressure has grown on Russia, Europe’s largest supplier, to pump more. Extra Russian gas is seen as the main way to avoid an even deeper supply crunch in the middle of the winter.

But with relations with Europe in the deep freeze after years of sanctions and other tensions, there’s no appetite in the Kremlin to do any favors. Although exports to Europe are up this year from last year’s depressed levels, they lag those seen in 2019, according to the Oxford Institute for Energy Studies. Daily flows have dropped in October and Gazprom has been slow to refill storage facilities it owns in Europe, adding to upward pressure on prices. Russia has blamed an overly hasty shift to relying on spot markets and alternative energy sources for the crisis.

At an energy conference in Moscow last week, President Vladimir Putin seemed to suggest Russia could offer more gas. But he also lamented the slow progress on getting approval for Nord Stream 2, a process that could take until well into next year. German regulators are currently reviewing its application for certification but have said their initial decision could come only in January, after which the European Commission would also have to give the go-ahead.

“If we could increase deliveries through this route, this would substantially ease tension on the European energy market,” Putin said. “However, we cannot do this so far because of the administrative barriers.” 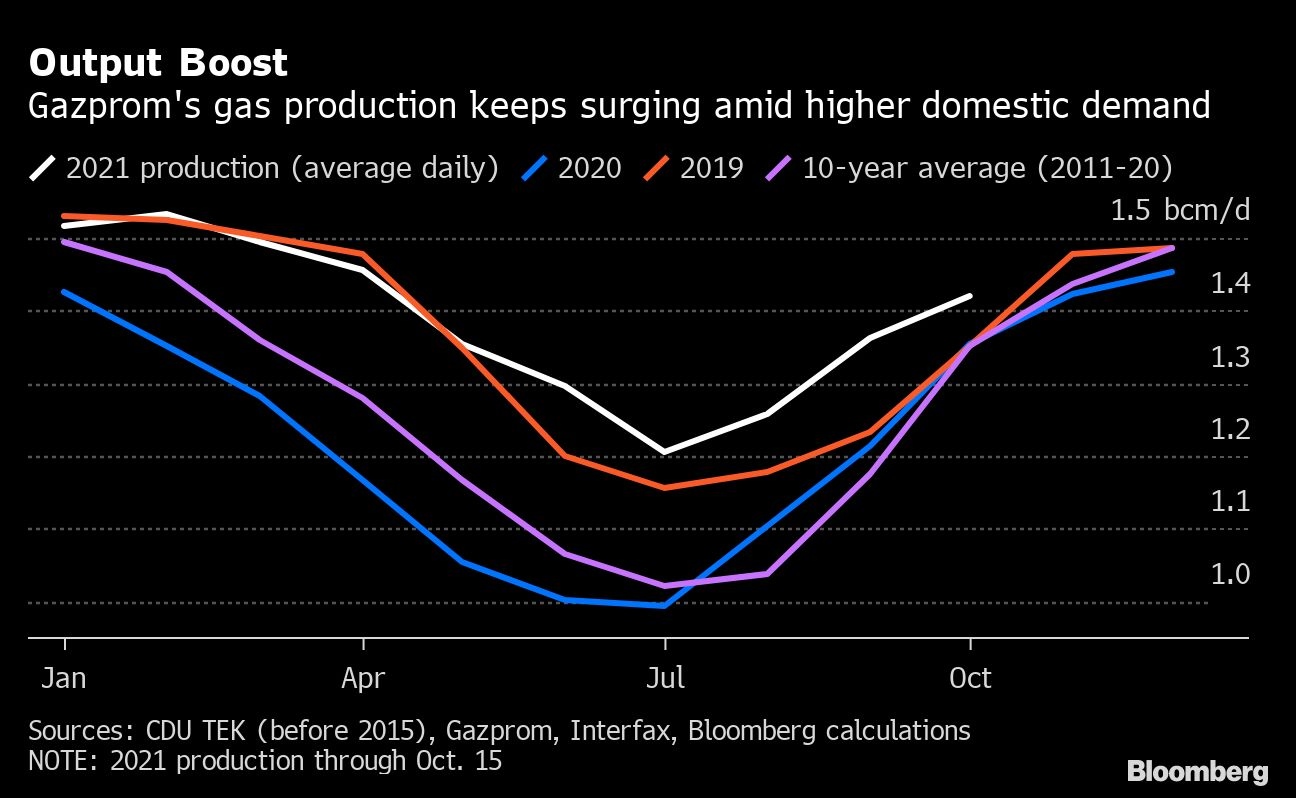 One of his highest-priority projects, the pipeline has drawn criticism and sanctions from the U.S., as well efforts by Poland and Ukraine to block its completion. Russian officials have for months denied allegations that they were deliberately holding back gas supplies to Europe to push for approval to use Nord Stream 2.

After years of tensions with Europe, Russian authorities are unlikely to agree to up gas supplies without ironclad assurances that the new pipeline will be allowed to operate, the people close to the situation said. Additional volumes would avoid the traditional routes across Ukraine, the people said.