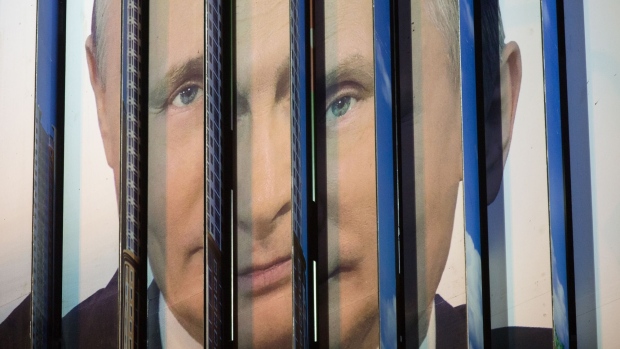 (Bloomberg) -- A digital operation to amplify leaked documents in the run-up to the Dec. 12 U.K. election “closely resembles” Russian tactics, according to a U.S. social media research firm.

Hundreds of pages of documents on trade between the U.S. and U.K. were leaked and disseminated starting in October in a manner that mimicked a previous Russian operation, according to a Monday report by Graphika Inc., a company that uses artificial intelligence to map and analyze information on social media.

The similarities between that operation and a Russian operation removed by Facebook Inc. in May are “too close to be a coincidence,” Graphika said.

The report comes as countries such as the U.S. and the U.K. grapple with combating disinformation campaigns on social media before major elections, including concerns that Russia would conduct large-scale influence operations as it did during the 2016 U.S. presidential election.

“The most urgent question is how the leaked documents - apparently genuine - came to be disseminated online in what appears to be an information operation, six weeks before the U.K.’s general election,” Graphika said in the report.

The amplification operation, which began in October, appeared to recycle tactics previously used in “a long-running information operation originating from Russia,” which is known to some researchers as “Secondary Infektion.” These shared tactics included the use of “burner accounts” -- which post once before apparently being abandoned-- as well use of a “conspiracy site” called beforeitsnews.com, the Graphika report said.

The documents have been cited by Labour Party leader Jeremy Corbyn as evidence that officials of Prime Minister Boris Johnson’s Tory party had discussed access to Britain’s National Health Service for U.S. pharmaceutical companies and other American corporations.

Labour stood by its accusations after it was reported on Monday that the documents may have been leaked by people tied to Russia.

“These documents reveal the plot against our NHS,” the party said in a statement. “Given what they reveal, it’s not surprising that there are attempts to muddy the waters to cover up what has been exposed.”

The similarities to the previous Russian campaign -- which Facebook said in a May blog included topics such as the Eastern Ukraine conflict, Russian politics, and the Syrian civil war -- suggest that whoever was behind that campaign may have returned, according to Graphika. Alternatively, the U.K. case could represent a “sophisticated attempt” by other operatives to mimic the Russian campaign, according to the report, which was released Monday.

Details of the operations were previously reported by Reuters.

The operators of the recent campaign appeared to make a point of targeting influential individuals, a tactic that Americans should be prepared for ahead of the 2020 election, according to Ben Nimmo, the author of the report and the director of investigations at Graphika.

“This operation really tried to reach political influencers. It posted in popular forums. It tweeted directly at them. When that didn’t work, it may even have emailed them,” Nimmo said. “Information operations don’t just scatter their content to the winds. They try to target influencers, including activists, journalists, and politicians.”

“As the 2020 election comes up, we have to be ready for operations that try the same thing in America,” Nimmo said.

--With assistance from Thomas Penny.

To contact the editors responsible for this story: Andrew Martin at amartin146@bloomberg.net, John Harney