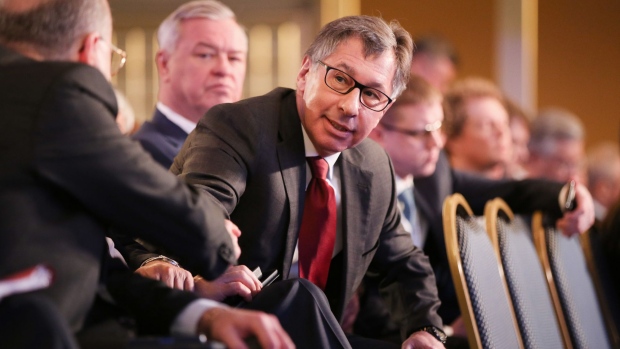 (Bloomberg) -- The UK is investigating whether Russian billionaire Petr Aven violated sanctions, in what may be the first such probe since the war in Ukraine began, people familiar with the situation said.

Authorities raided Aven’s English home last week and are scrutinizing money transfers to the UK by Aven following Russia’s invasion of Ukraine on Feb. 24, the people said asking not to be identified because the matter is private. He is scheduled to be questioned in September over the transfers and what they were used for.

Aven, a shareholder in Alfa-Bank AO, declined to comment. The UK’s National Crime Agency said it neither confirms nor denies investigations. A London-based lawyer who has represented Aven previously didn’t respond to calls requesting comment.

Around 30 officials raided Aven’s property and seized £30,000 ($37,754) in cash, according to one person with knowledge of the operation. No individual has been formally accused of any wrongdoing.

It is the first reported case of a probe into sanctions violations in the UK since the war in Ukraine began. The UK has sanctioned more than 1,000 people and 100 companies since Russia’s invasion began.

The UK sanctioned Aven, along with his long-time partner Mikhail Fridman, on Feb. 28, part of an unprecedented wave of sanctions against Russian billionaires in response to the war. Aven, who also holds Latvian citizenship, was in the UK when he was sanctioned and hasn’t traveled since.

Some of the money was transferred to a company managing Aven’s residential property and used for running costs, according to the people. The probe is also looking at whether a British national working for the company facilitated a violation of sanctions, they said.

Sanctions against individuals involve asset freezes and travel bans. As a sanctioned individual, Aven must apply for a special license from the UK’s Office of Financial Sanctions Implementation to spend money. He has not received such license, the people say. Aven has also been sanctioned by the European Union but not by the US. In April, the US imposed full blocking sanctions on Alfa-Bank.

Aven is worth $5.3 billion, according to the Bloomberg Billionaires Index. Along with Fridman and other partners, Aven made his money from selling their stake in TNK-BP to state-controlled Rosneft in 2013, when Alfa Group pocketed $14 billion. The deal came less than a year before Putin annexed Crimea, triggering a wave of initial sanctions against Russia.

They invested the proceeds in LetterOne, a private equity firm run from an office in London that invested in telecoms, energy and retail assets worldwide.  After he was sanctioned, his stake in LetterOne was frozen and he stepped down from all of his positions, including the boards LetterOne board of Alfa-Bank.

Aven was one of the key so-called oligarchs during the 1990s under then President Boris Yeltsin, backing his re-election bid in 1996. When the EU sanctioned Aven, it called him one of about 50 wealthy Russian businessmen who regularly meet with Putin in the Kremlin, quoting from the Mueller Report into Russian meddling in the 2016 US elections.