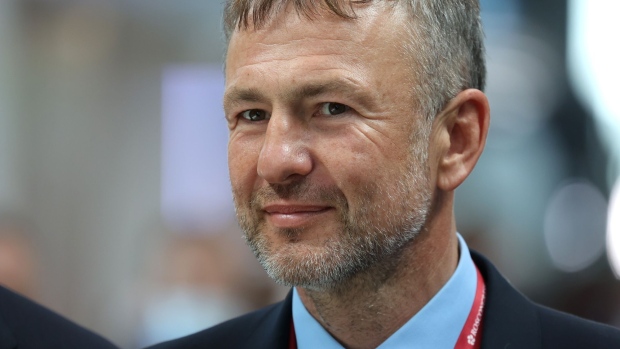 (Bloomberg) -- EuroChem Group AG, the Russian fertilizer maker controlled by billionaire Andrey Melnichenko, is considering an initial public offering, according to people familiar with the matter.

The company, which is one of the world’s largest fertilizer producers, has held preliminary discussions with potential advisers about listing as soon as next year, according to three people, who asked not to be identified because the information is private. EuroChem hasn’t made a final decision about whether to proceed with a share sale, the people said.

A Zug, Switzerland-based spokesperson for the company declined to comment when contacted by Bloomberg.

EuroChem posted record earnings in the first half of this year, helped by soaring prices for nitrogen fertilizers as an energy crunch in Europe drove up the cost of natural gas -- their key feedstock. EuroChem makes all three of the main types of fertilizers -- potash, phosphate and nitrogen -- and has operations in Russia and Europe.

Russian companies have raised about $3.4 billion in IPOs on various exchanges in 2021, the most in a decade, according to data compiled by Bloomberg.

(Updates with no-comment from EuroChem spokesperson)