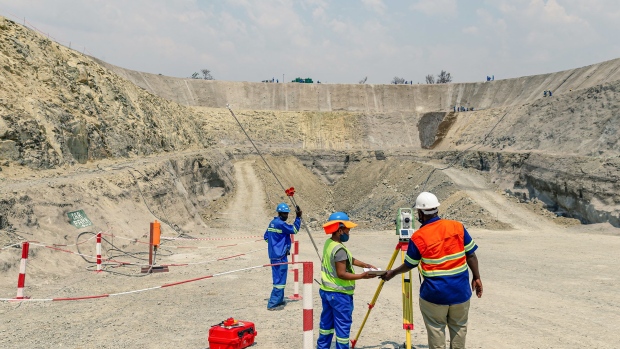 Workers survey the Portal One area of the Great Dyke Investments Ltd. Darwendale platinum mine project, near Harare, Zimbabwe, on Wednesday, Sept. 16, 2020. The so-called Darwendale project, which lies 65 kilometers (40 miles) from the capital Harare, is central to the Zimbabwean government’s plans to revive its stagnant economy. , Bloomberg

The Russian company has ceded its 50% stake in the company to Zimbabwe’s Kuvimba Mining House Ltd., according to an email from Great Dyke, which didn’t give a reason for the change in shareholding. Igor Higer, who had served as Great Dyke chairman and is a represenative of Vi, said his company has exited the arrangement.

Great Dyke owns the Darwendale platinum deposit and has said it planned to build a $3 billion mine to extract the metal.