The S&P 500 is oh-so-close to its all-time high. The key for it to reach uncharted territory may be 2019’s star performer: Technology stocks.

Information Technology stocks in the S&P 500 have advanced 26 per cent in 2019, versus the next-closest group -- Industrials -- at 21 per cent. The broad index is up 16 per cent, and as of April 22 was within a per cent of its record close last September of 2,930.75. The tech-heavy Nasdaq-100 and Philadelphia Stock Semiconductor Index have already risen to records.

“Big Tech has broken out to a new all-time high and remains in an outstanding position to propel the S&P to a new all-time high above 2,940 and first-half run at 3,000,” Evercore ISI technical strategist Rich Ross wrote in an April 22 note. He said favorable setups for Apple Inc., Amazon.com Inc., Microsoft Corp., Facebook Inc. and Alphabet Inc. “give you over US$4 trillion reasons to keep buying tech and stocks more broadly.”

The Nasdaq-100’s record bodes well for further gains in both that gauge and the S&P 500, according to Sundial Capital Research Inc. Founder Jason Goepfert.

When the Nasdaq-100 reaches its first new high in at least 100 days and exceeds the multiyear high by more than 0.5 per cent, it tends to keep going, Goepfert said. In 13 of 14 cases, the gauge was positive one month after such a trigger -- and the same count was true after one year.

Such breakouts were even more positive for the S&P 500, Goepfert said, as results were largely positive and had a highly favorable risk/reward, “with the median draw down over the next six months being barely -1 per cent, while reward neared +9 per cent.”

The highs in the tech sector come just as earnings season -- or as Morgan Stanley strategist Mike Wilson called it a couple weeks ago, “ the moment of truth” -- is poised to ramp up. Microsoft, Intel and Amazon are all set to report this week, three of about 150 S&P 500 components scheduled to do so.

“Earnings will be a key test for the market and we believe beat-and-raise results are required to justify current valuations,” Piper Jaffray chief market technician Craig W. Johnson wrote in a note April 22. He added that the charts look attractive for Intel, Taiwan Semiconductor Manufacturing Co. and STMicroelectronics NV.

But Evercore’s Ross says the Nasdaq-100 exchange-traded fund’s breakout to new highs “has legs” and Sundial’s Goepfert sees at least some aspects of the rally to like, as well.

“The most bullish aspects about this market aren’t fundamental, and they’re most certainly not sentiment-related” given that confidence of “dumb-money” investors is so high, Goepfert said. “But price action has been pristine and it’s been hard to fight that kind of action.” 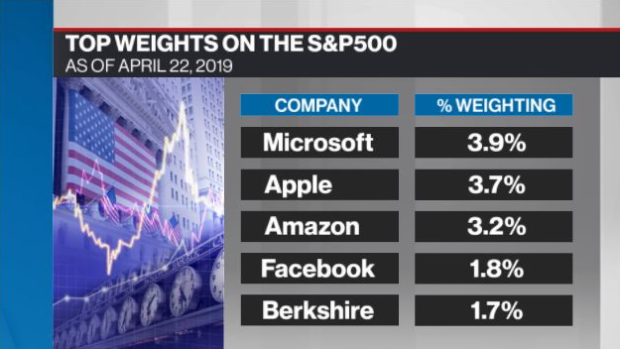 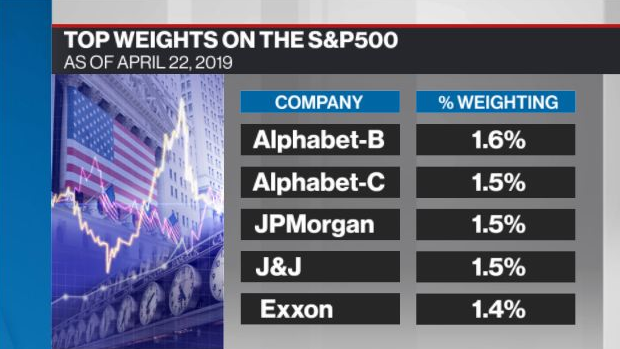