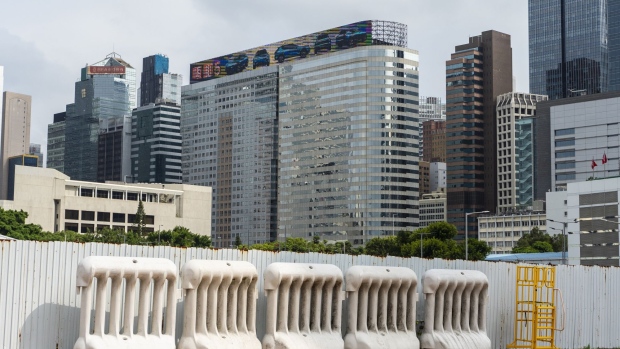 The four investors are among the credit funds that took a position in Evergrande’s $19 billion dollar-denominated notes in recent weeks, as prices fell to about 25% of face value amid uncertainties over the future of China’s second largest developer, according to people with knowledge of the matter who asked not to be identified because the transactions are private.

Evergrande is heading for default after the Chinese government told bank lenders last week not to expect an interest payment due on Monday. The company also faces about $120 million of bond coupons on Thursday.

A positive outcome is far from guaranteed for distressed-debt investors dabbling in Evergrande, a company saddled with about $300 billion of liabilities whose debt restructuring will be closely watched by Beijing. Analysts have laid out a range of scenarios that include a total liquidation of the group or a benign takeover by a state-owned enterprise. Banks have also been reluctant to offer credit-default swaps on Evergrande’s debt, making harder for some funds to get involved because they can’t easily hedge against losses.

King Street Capital Management has a position of about $5 million as it explores the investment, a person with knowledge of the matter said. A representative for the firm declined to comment.

Last week, Redwood teamed up with Contrarian, Saba and Ashmore Group -- one of the world’s largest emerging-market credit funds -- to appoint advisers Moelis & Co and Kirkland & Ellis, according to separate people familiar with the matter.

Law fim Addleshaw Goddard engaged with a separate group of the company’s bondholders and is preparing to form another creditor committee, Bloomberg reported last week.

Concerns over the developer’s ability to make good on its liabilities are rippling through China’s markets. Hong Kong’s benchmark stock index fell 3.3% on Monday, while Chinese onshore markets are closed for holiday, as traders price in the risk of contagion to other real estate firms. The People’s Bank of China injected $14 billion of short-term cash into the financial system last week to contain investor fears.