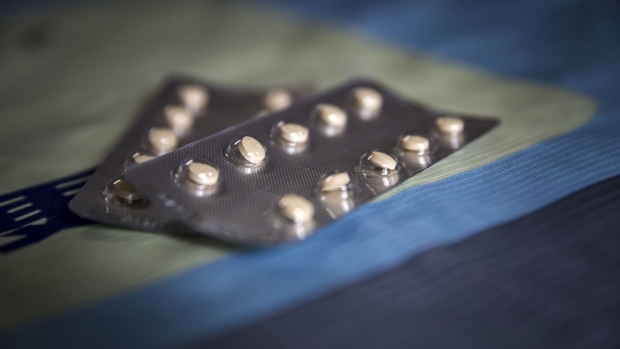 Blister packs containing tablets of OxyContin, sold in China by Mundipharma Pharmaceutical Co., are arranged for a photograph at an undisclosed location in China, on Monday, Nov. 21, 2016. In China, powered by soaring cancer rates and an aging population, OxyContin is turning into a hit. Photographer: Qilai Shen/Bloomberg , Bloomberg

(Bloomberg) -- The billionaire Sackler family’s plan to sell the China assets of its global pharmaceutical company Mundipharma International Ltd. for more than $1 billion has stalled over valuation, people familiar with the matter said.

A sale process run by Deutsche Bank AG has been put on hold after bids from both private equity firms and industry players failed to match the owner’s price expectations, the people said, asking not to be identified because the matter is private.

Mundipharma is one of the family’s overseas entities slated for sale to help pay for claims against the Sacklers and Purdue Pharma LP over their role in the U.S. opioid crisis.

Offers that valued the China business at more than $1 billion were significantly cut due to the adverse impact of the Covid-19 pandemic on business performance, the people said.

No final decision has been made and the owners could still decide to revive the sale process later, the people said. They could also weigh other options such as a minority stake sale or a partnership, the people said. A representative for Mundipharma declined to comment.

Mundipharma started working with Deutsche Bank on a strategic review about two years ago amid interest from potential buyers, Bloomberg News reported at the time. While the company’s preferred option was to sell the entire business to a single buyer, it was also open to potential piecemeal deals depending on the offers, according to a person familiar with the matter. The review led to the China asset sale considerations.

The Sackler family has been at the center of a years-long legal battle after being accused of causing the opioid epidemic, in part, by overseeing a deceptive marketing campaign that pushed doctors to over-prescribe OxyContin and downplay its highly addictive nature.

In a settlement to resolve lawsuits against them, the family agreed to route billions of dollars to opioid abatement efforts and see Purdue’s assets turned over to the states, cities and counties suing over its role in the crisis.

Members of the family agreed to contribute more than $4 billion to the deal and leave the opioid business entirely. The overseas entities to be sold to help fund the settlement included Mundipharma, which could fetch some $4.5 billion in a sale, according to an estimate in a court filing.

But in a shock blow last month, a U.S. district judge struck down that settlement, opening the door for years of litigation. The Sackler family has said it will appeal.