What do workers really want in a job? The answer depends in part on where they’re from, according to a global survey from management consultant Bain & Co.

Americans and Japanese demand a good salary and benefits above all else, but pay matters less to the French, who want interesting work. Brazilian and Nigerian workers look for opportunities to learn, while those in Indonesia value a good relationship with co-workers. Chinese jobseekers look for a company that inspires them, and Germans long for job security. 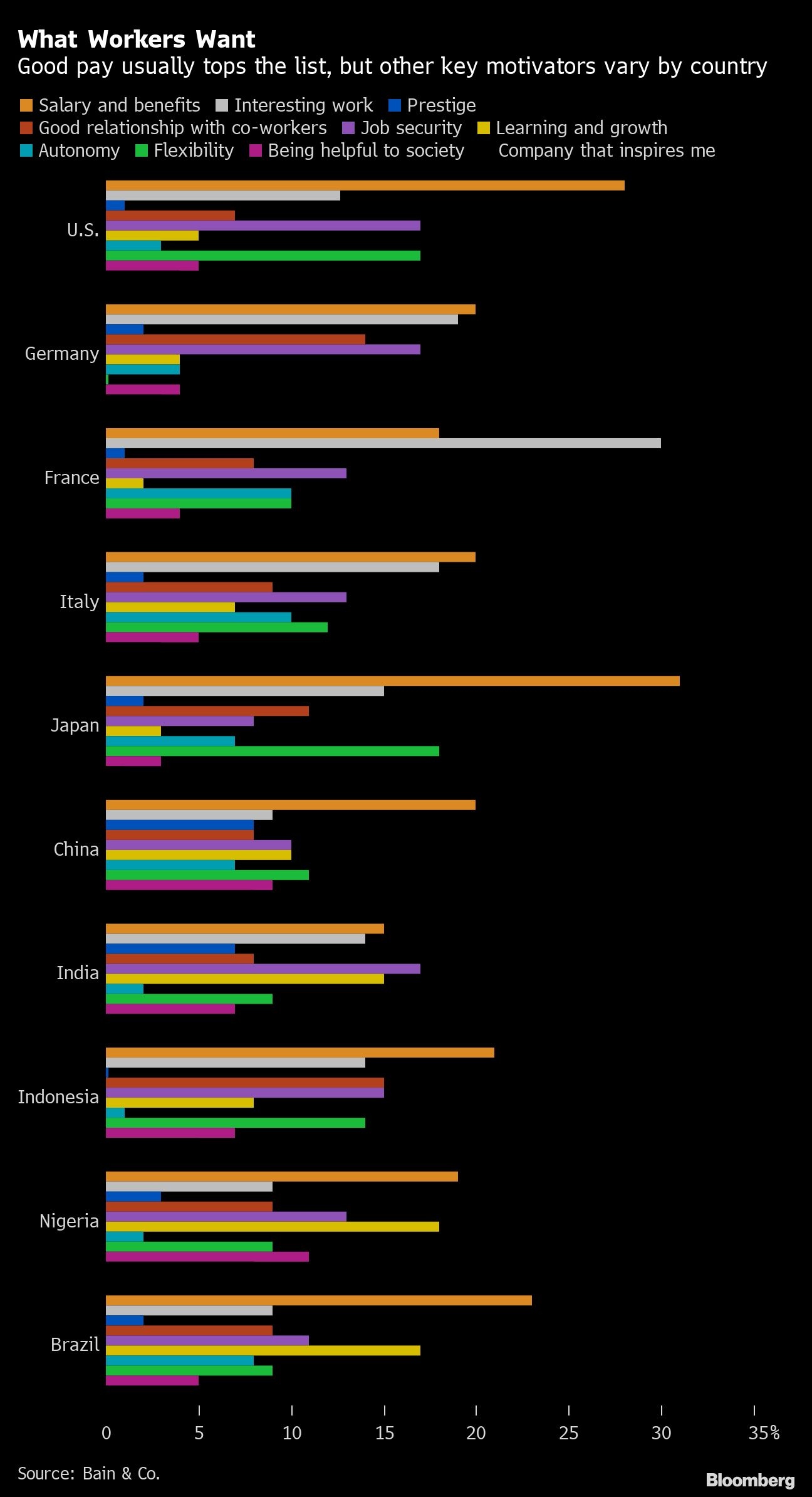 The findings, compiled from 20,000 workers in 10 countries, come at a time when Americans are quitting their jobs at a record clip, and employers around the globe are grappling with the pandemic’s disruption of long-held norms regarding when, where and how work happens. Companies that fail to learn the new rules of work could suffer employee defections, a breakdown in corporate culture and lost opportunities, so paying heed to what workers want is more critical than ever, said Bain partner Andrew Schwedel, who co-chairs the firm’s internal think tank, Bain Futures.

“It was striking to see the variety of needs, desires and motivations among workers,” Schwedel said. “We need to avoid making huge generalizations about what workers want, it’s less about one size fits all. People want more out of a job than just high pay.”

Still, pay was the leading motivation for workers in the U.S. and most other countries, according to Bain’s global survey, which also found that more than half of all workers are now rethinking the balance between their work and personal lives. More than one in four American workers changed employers during the first year of the pandemic, Bain found, and most of them were in front-line roles like retail, manufacturing and health care.

“Workers are using the pandemic-induced job disruption as an opportunity to reevaluate what they want from their work,” the report said.

While pay, flexibility and job security were among the most popular job attributes, those that were deemed less important by global workers included prestige, autonomy and being helpful to society.